The city that never sleeps has in many ways become quite sleepy since the onset of the coronavirus pandemic as non-essential workers are stuck at home and everything from bars and nightclubs to Yankee Stadium and Broadway have been forced to temporarily close. But that hasn’t stopped Stern Show co-host and theater aficionado Robin Quivers from getting a regular dose of culture.

“I’ll tell you what I did this weekend,” she told Howard on Monday. “A couple of my friends and I are all theater buddies and there’s no theater right now. We all watched the same play and then we had a theater club meeting on Zoom.

“I’m so glad right now I’m not you. That sounds like torture,” Howard joked, adding, “I think I’d rather have coronavirus than join a theater club.”

“We had so much fun,” she responded, explaining her group had watched and then discussed Benedict Cumberbatch and Jonny Lee Miller’s 2011 production of “Frankenstein.” 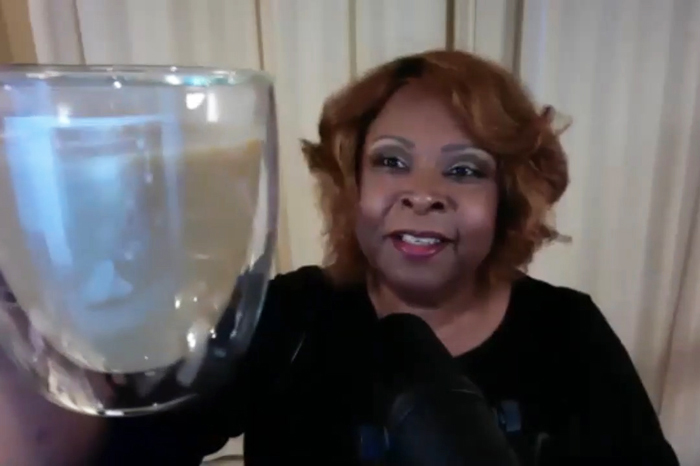 As it turned out, Robin’s quarantine hobbies weren’t the only thing Howard has questions about on Monday morning. He also wondered why her morning cup of joe looked like it had more milk in it than coffee. “How much milk do you have in that?” he asked. “It looks like a chocolate shake!”

“A lot,” Robin admitted. The two bickered for a bit about which one of them truly liked coffee the most, but ultimately Robin decided it was her cup and her choice. “You should do whatever you want to do,” she said. “It’s not like the coronavirus and not wearing a mask, Howard. It’s my coffee.”

While she couldn’t get him on board with that much milk, Howard did manage to find one bright side. “On a positive note, I’m happy to see you’re putting the coffee in the right end. The fact that you’re drinking it rather than pouring it into your asshole is a big improvement,” he joked, referencing his co-host’s unforgettable coffee enema back 2007.