Beloved personality also speaks Latin, defends Dracula, and serves up a list of all Howard’s sins 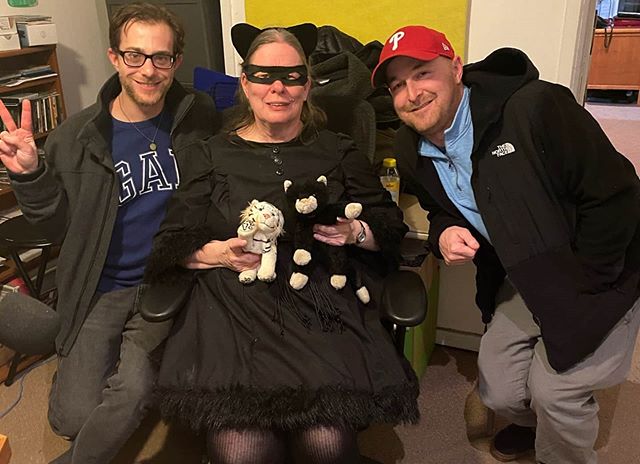 Just a day after hearing Suzanne “Underdog” Muldowney play a Howard-themed “Would You Rather?” game, Stern Show listeners were once again treated to clips from another enrapturing interview featuring the costume-making, parade-loving personality.

Dressed as the comic book character Catwoman, Underdog joined WCFA’s Will Keenan Show shortly before quarantine to pay homage to the feline villainess. “I’m focusing on Catwoman now because it’s a milestone anniversary for her,” she said. “This year she’s 80 years old.”

“She loved cats. She dressed in a cat-like costume. She would purr a lot,” Muldowney continued before demonstrating an effective purr of her own. At one point, Underdog even shared a fantasy about Catwoman getting a birthday pardon. “I imagine at this year … she’s being paroled,” she said, pointing out real-life criminals are sometimes released for good behavior.

Underdog also shared thoughts on everything from why she believed the creator of “Underdog” cartoon “chickened out” instead of meeting her to what she thinks of Howard himself. At one point, Keenan impersonated Count Dracula while asking about her well-documented fondness for vampires, but Underdog wasn’t having it.

“Uh, sorry, that is not how the original Dracula sounded. That is how actor Bela Lugosi sounded,” she told him. “He wouldn’t talk anything like Bela Lugosi did. Just [listen] to your average Romanian citizen—he would talk like that,” she added before insisting the conversation return to the matter at hand: Catwoman.

Despite the apparent misstep, Howard praised the New Jersey host for his skillful interview. “He did a very good job of bringing out the best in Underdog,” he said.

Check out audio from Suzanne’s interview (below).

VIDEO: Jeff the Drunk Complains About Being Unable to Leave Shuli Egar a Voicemail