The One Thing Stan Lee Could Never Convey In Ant-Man 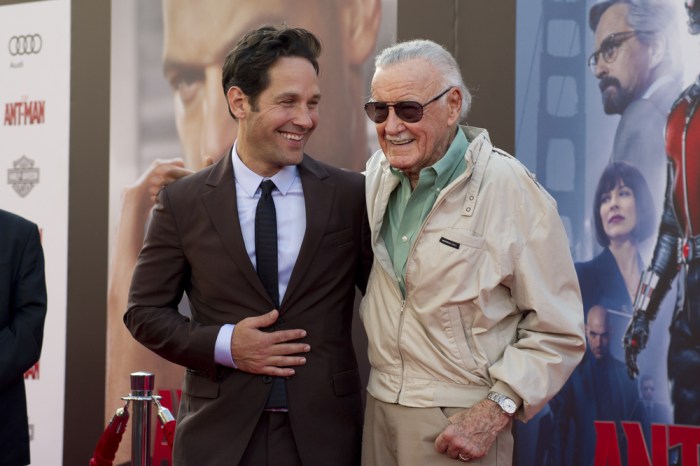 Paul Rudd — star of this past weekend’s number one movie and the latest film in the Marvel Universe — visited the Stern Show Monday morning to discuss the success of “Ant-Man.”

While he shed some light on the now-infamous original Edgar Wright script, maybe the most interesting revelation was a conversation Rudd had with the creator of Ant-Man himself, Stan Lee, when he visited the set.

First, to set the scene, you have to imagine what it’s like to have the Marvel legend stop by. “[I]t’s like the president … he’s the guy,” Paul thought in awe.

“And one of the things that was so cool, was talking to him about Ant-Man,” Rudd remembered. “He said, ‘You know, I always loved this character and I’m so happy that we’re making a movie of it because when we made the comic, the one thing that I could never really convey – the artists, we never got on the same page about it — was it’s so hard to convey just how small he is, because in a panel, you can’t show everything else so huge around him.’ And Ant-Man has to be a regular size in the panel. There’s no way to show the proximity. And he said, ‘You can do it in a movie.'”

So, there you have it from the source – Ant-Man has finally been realized in a medium that does the tiny hero full justice. Check out the movie in theaters now!