Few comedians or actors have the career-long resume that Sarah Silverman built in the first few years of her career. As a budding young comedic actress, Sarah Silverman appeared on four of the most legendary comedy TV shows ever (plus “Star Trek: Voyager” … but that’s another article entirely). Keep in mind, this was all before she was SARAH SILVERMAN, the legendary comedian. So what can we attribute this to exactly? It likely comes down to the fact that the folks who were currently shaping American comedy recognized Sarah’s awesomeness even early in her career. As a result, if anyone today took a class on comedy, Sarah Silverman would pop up four times before the actual “Sarah Silverman” lesson. 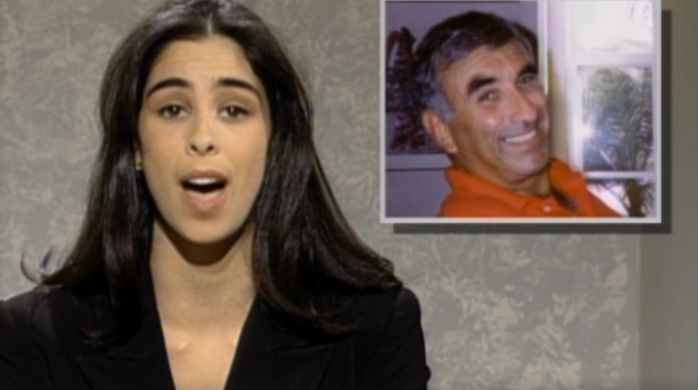 Sarah Silverman’s first major television presence was as a featured player on “Saturday Night Live.” In 1993, Sarah’s casting fit in perfectly with the standup-heavy cast which also included David Spade, Norm MacDonald and Adam Sandler. Ultimately, Sarah never really received the opportunity to fully flourish in the SNL format, mainly due to an overstuffed cast. Nevertheless, she found opportunities to unleash her distinctive voice to the world, as in this “Personal News of the Week” Weekend Update segment. That being said, SNL wasn’t even the best sketch comedy show Sarah was on…

In 1995, “Mr. Show” debuted on HBO and changed what American sketch comedy could be. Led by (former SNL writer) Bob Odenkirk and David Cross, “Mr. Show” turned the SNL-format on its head, creating fast, interconnected sketches during every (usually themed) episode. Also, they could swear – hashtag premium cable perks. Quickly, “Mr. Show” became an enormous influence on underground comedy and informed the future of sketch. To this day, it’s cited by many as the greatest sketch show ever. While never officially in the cast, Sarah appeared in 10 of the show’s 30 total episodes, appearing in such classics as “Indomitable Spirit” and “The Chip On The Shoulder Club” (above). “Mr. Show” is getting a quasi-reboot on Netflix this November as “With Bob and David.”

Hey now! For three seasons, Sarah was a regular on HBO’s other ’90s comedy classic – “The Larry Sanders Show.” Playing writer Wendy Traston on the titular fictional late night talk show, Sarah basically got the first extended opportunity here to showcase her own spunky personality and energy to a larger audience. Check out episodes “The New Writer” and “Putting the ‘Gay’ Back in Litigation” for some prime Sarah.

By its eighth season, “Seinfeld” was a cultural force. A new episode of “Seinfeld” was – to actually use NBC’s slogan appropriately – must see TV. Thus, a one-episode guest spot was a pretty sought after gig. Yet, here’s baby Sarah Silverman, holding her own with Jerry and the gang. You may remember that she played Emily, Kramer’s girlfriend with the “jimmy legs,” on the episode “The Money.”

Check out Sarah Silverman starring in “I Smile Back,” in theaters now!