“I trusted him.” Olson said, explaining that the two did use protection when they had sex but that Sheen insisted on using lambskin condoms rather than latex condoms. 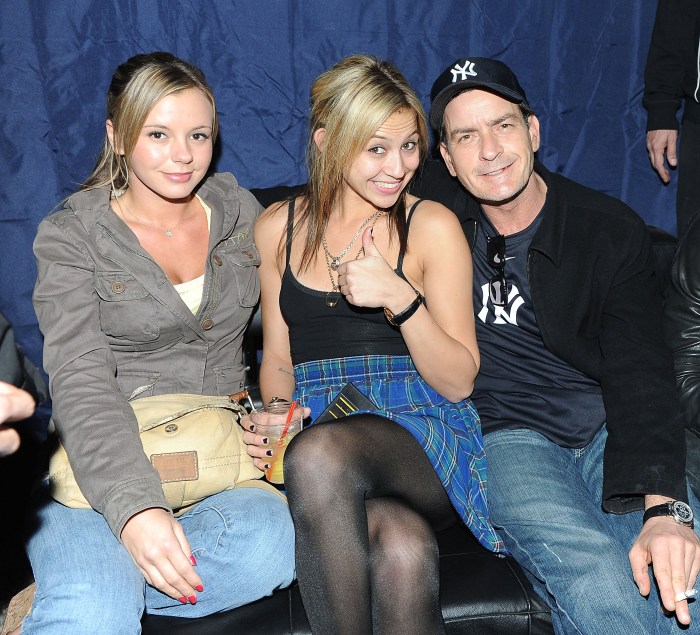 Despite Sheen admitting to knowing he was HIV positive for years, Bree told Howard she found out just three days ago. Sheen, 50, sat down with Matt Lauer on this morning’s “Today” show after a tabloid report claimed he had been keeping the diagnosis a secret.

​”I have to put a stop to this onslaught, this barrage of attacks and of sub-truths and very harmful and mercurial stories that are about me, threatening the health of so many others that couldn’t be further from the truth,” Sheen told Lauer during their interview.

When asked if he had told all of his former sexual partners about his HIV status, Sheen answered, “Yes I have.”

“I am so upset,” Olson told Howard while listening to Sheen’s interview. “He doesn’t even value my life.”

Also appearing on “Today” was Sheen’s doctor, Robert Huizenga, an associate professor of clinical medicine at the University of California, Los Angeles, who confirmed that Sheen does not have AIDS and that there is an undetectable level of the virus in his blood.

Olson wondered if Huizenga was the same doctor who used to make house calls to Sheen’s home during the time that she was dating him. Huizenga confirmed on Tuesday that he has been treating Sheen for “5 to 6 years.” Olson then became emotional while discussing those in Charlie’s life who’ve helped him hide his HIV status.

“Does he owe you a phone call today to say ‘Bree, I’m sorry?'” Howard asked Olson.

Olson said she has not been in contact with any of Sheen’s former lovers, including Natalie Kenly or Brooke Mueller. Olson admitted to having sexual threesomes with Sheen and both women on separate occasions.

“It’s the dumbest thing I’ve ever done, dating him,” Olson said. “It was Russian roulette every day for a year.”

Since news of Sheen’s HIV acknowledgement broke last week, Olson said she has been receiving death threats from strangers.

According to Olson, Sheen also exhibited “anger and rage” issues during their romance, often times yelling at her. Additionally, he allegedly shared violent thoughts with Olson that he had about ex-wife Denise Richards.

“He threatened her to me constantly,” Olson said. “For whatever reason, I’m the one he confided these crazy weird thoughts to.”

Bree said Charlie was upset after Richards forbid their children from visiting him at home – a move Olson said she understands 100%.

“He would say things like, ‘don’t worry, I know how to make people disappear or make it look like an accident,'” Bree claimed, revealing that his temper became “crazy at times.”

Listen to Bree on Tuesday’s Howard Stern Show below: