Listen to exclusive commentary and live performances from the 12th highest selling record ever. 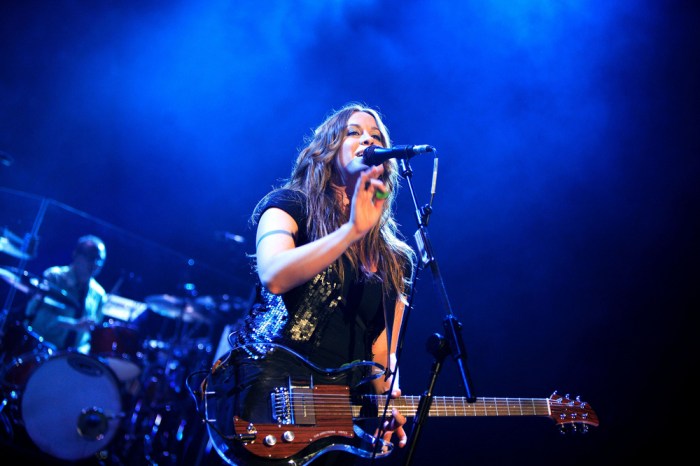 Join Grammy Award-winning host Alanis Morissette as she guides Howard 101 listeners though various live performances from her 1995 “Jagged Little Tour” in addition to her phenomenal acoustic performances on The Howard Stern Show.

Alanis gives an inside look at the album that defined her and the performances that made her an international superstar. Songs from the special include “All I Really Want”, “Head Over Feet”, “Ironic”, “You Oughta Know,” and more.

When Morissette first recorded the hit album that would soar to become the 12th best-selling record of all time — above both the Beatles first appearance on the list at 14 and even Michael Jackson’s iconic “Bad” (at 28) — she wasn’t all that sure it would be received well. Alanis remembers her manager at the time telling her they expected to sell about 100,000 records, which blew her mind. But in all reality, that didn’t even scratch the surface 33 million it would actually go on to sell.

The record was a decidedly personal affair, but one that struck a chord with a lot of different people at the time. Hits like “Ironic” and “You Outta Know” stuck to the lips of listeners who heard them on the radio and subsequently lined up to sing them with Alanis live, as she remembers it after those first few releases.

And the tour was no different with seemingly an entire generation latching onto the universal emotions that her songs brought to the forefront of people’s minds. It wasn’t easy and fans weren’t making it any easier on the young performer who became the obsession of so many.

But the music was that moving and that powerful. Listen to a preview below from her most recent appearance on the Stern Show and be sure to tune in on Howard 101 for the full special.