From his youth as a male stripper to becoming a force to reckon with in Hollywood, Channing Tatum tells all to Howard Stern 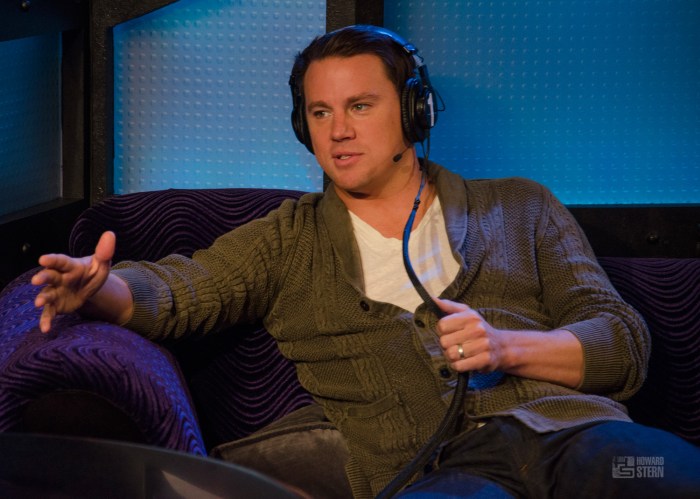 Channing Tatum made his Stern Show debut Tuesday morning and had a blast with Howard as they ran through his career thus far and delved into some hilarious stories along with way. Be sure to check out “Magic Mike XXL” in theaters July 1 and check out some highlights from the show below!

Suffering from dyslexia and ADD from a young age, Channing had a unique outlook on the audition process in general. It’s “really hard in that regard because you get a bunch of auditions and a bunch of pages and if I wasn’t off-book completely, I couldn’t look down and read the lines. I just physically couldn’t do it. So it was a big learning curve.”

The most harrowing experience though was when he got booked to do “Saturday Night Live” because that involves reading off of cue cards. He said he could throw up just thinking about it.

Howard asked if Channing brought up his fear with Lorne Michaels ahead of time or if he just barreled through it. “Lorne is such an assassin,” Channing told Howard. “He just takes any of your insecurities and sort of does this weird Jedi mind tricks and acts like it’s nothing.” Filled with his newfound confidence, Tatum said he will indeed do the show again at some point.

Deciding to follow the success of “Magic Mike,” which was loosely based on his real life experiences, with a sequel wasn’t a hard decision at all. “We had a little bit of creative left on the table that we couldn’t fit into ‘Mike’ one, which was the convention” Tatum told Howard.

Channing himself admitted to having attended two stripper conventions during his career joking that he has no idea why they even call it a convention considering no one is selling the latest in stripper-wear.

In all seriousness though Channing said he is looking at it like a rough-around-the-edges road trip film … culminating with getting naked with a bunch of girls at the end. Sounds like a fun time!

Howard thought that Channing’s breakout role had to be “G.I. Joe,” to which the 35-year-old began laughing uncontrollably. “I’ll be honest, I fucking hate that movie,” Tatum finally revealed.

He remembers getting pushed into the role after signing on for a three-picture deal with Paramount Pictures (a.k.a. he didn’t have a choice and had to take the role or else risk getting sued). Channing offered to play Snake Eyes, a character he loved as a kid, but the studio shut him down instead eyeing him for leading man Duke.

“Most people would be thrilled!” Howard exclaimed. But Channing explained he really didn’t think the script was very good first of all and second, he didn’t want to ruin something he had loved in his youth. He did admit he was surprised when the film made hundreds of millions of dollars.

Against All Advice: “21 Jump Street”

“I would’ve thought you would’ve steered clear of a remake of ’21 Jump Street,’ because on paper it sounds ridiculous,” Howard mused.

Jonah Hill had the idea for the film and ended up calling Channing pretty much out of the blue – they had only really shared a wave once in a restaurant. “I think a few other people passed and then he had sort of the idea for me,” Channing laughed. Ultimately he really just wanted to work with Jonah, so he agreed to take the part.

Jonah even called up and started the conversation with: “This is a terrible idea.” Tatum’s entire team was against him doing the film, too – no one got it and kept telling him he was too old for high school. “That’s sort of the point,” he countered them.

Howard thought he had to have a certain amount of arrogance for making his decision despite all of the protest. “I kind of just look at it as, I really like to fuck with them,” Channing explained.

The Future of a “Ghostbusters” Reboot

Howard wondered if he was really going to reboot “Ghostbusters” considering there is an all-female version currently getting made.

“That thing ‘s gotten messy, I’ve got to be honest. There’s a lot of people doing a lot of things on ‘Ghostbusters,'” Channing responded. “I don’t know, is the answer,” he conceded, though he did say he would love to do it if the opportunity arose.

Every Man’s Dream: The Khaleesi 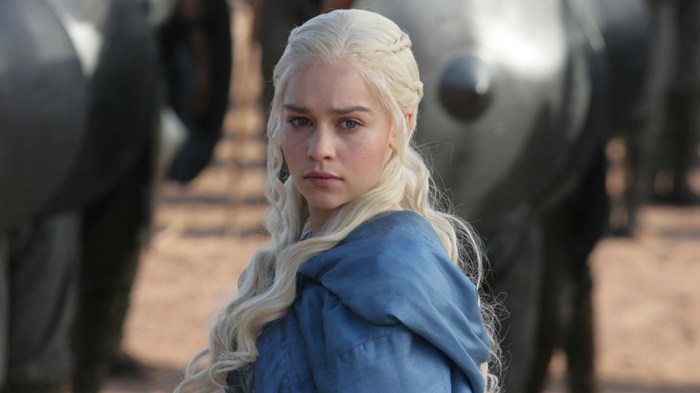 Howard recounted a story told by Emilia Clarke (Khaleesi from “Game Of Thrones”), who upon meeting Channing and his wife after the Oscars allegedly suggested they should all do something sexual together.

Channing might have been down, but what about his wife? “I think if anyone she would entertain, it would be Khaleesi from ‘Game of Thrones.’ I think I even called her Khaleesi for a little while,” Channing laughed.

There’s no doing this story any justice without hearing it straight from Channing’s own recollection. Listen to him (below).