The star of "Southpaw" made an unforgettable appearance on the show, complete with hilarious stories and some serious insight into his career 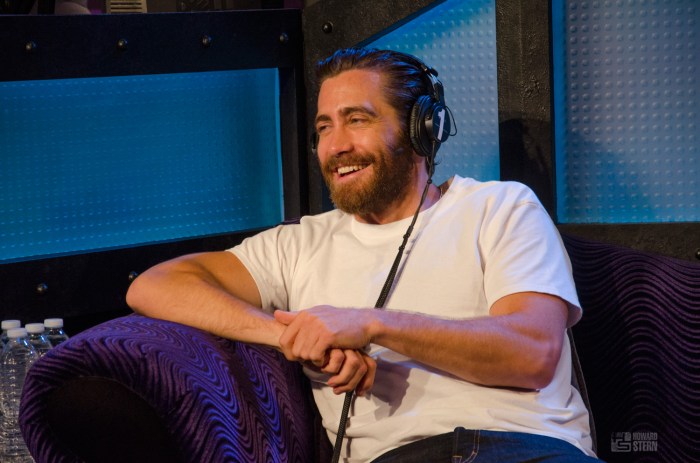 Jake Gyllenhaal stopped by the Stern Show Wednesday morning ahead of the release of his latest film, “Southpaw,” and it was clear that he and Howard had some immediate chemistry. The candid interview took a number of interesting pitstops into everything from Jake’s parents to his life as an eligible Hollywood bachelor … living in New York. Read on below for some highlights from Gyllenhaal’s visit to the show.

Though Jake got an early start in Hollywood with “City Slickers” opposite Billy Crystal at the age of 11, there was one movie that his parents made him pass on when he was a kid – “Mighty Ducks.” Jake had auditioned and won the role, but his parents were concerned that it would distract him from school, so they wouldn’t allow him to take it.

Howard said he would have thrown a tantrum if his parents held him back from such a great movie and thought young Jake must have been incredibly disappointed.

“Yeah, I mean, someone’s telling you you can star in a movie; it’s crazy. And they say you can’t … I definitely remember like crying on the kitchen counter and being like, ‘What? You guys are crazy!'”

Gyllenhaal conceded that he has since seen the film, but he doesn’t know which role he would have been cast for. We say it’s got to be the character Joshua Jackson ultimately got.

Transforming His Body For “Southpaw”

Gyllenhaal got super ripped for his character in “Southpaw” and Howard wondered how one actually goes about getting into that type of shape.

“I trained twice a day for five months,” Jake explained. What’s incredible is that for “Nightcrawler,” he had lost around 35 lbs. and then he was packing on the muscle for this role (but he did gain some weight on the set of “Everest,” which filmed in between the two and will come out after “Southpaw”). Aside from running, Gyllenhaal told Howard that he really trained to be a boxer with heavy bag, speed bag, and mitt work in addition to sparring with other boxers.

It wasn’t just about getting his body in shape. “It’s not really how you look. It’s about being able to fight. If you look like an idiot in the ring … I mean, Antoine shot these fight scenes — Antoine Fuqua, the director – shot these fight scenes with HBO cameramen. We didn’t cut. I did not have a double. So I trained because I was terrified I was going to look like a fool,” Jake clarified.

Go see “Southpaw” in theaters July 24 to check out the results of his hard work.

Howard offered Robin a tough bracket for a round of F-ck—Marry—Kill with her crush, Jake Gyllenhaal himself, in the studio: Jake, Bradley Cooper, and Brad Pitt.

Pitt was quickly chosen to be “killed,” while after some deliberation chose to f-ck Cooper and marry Gyllenhaal. 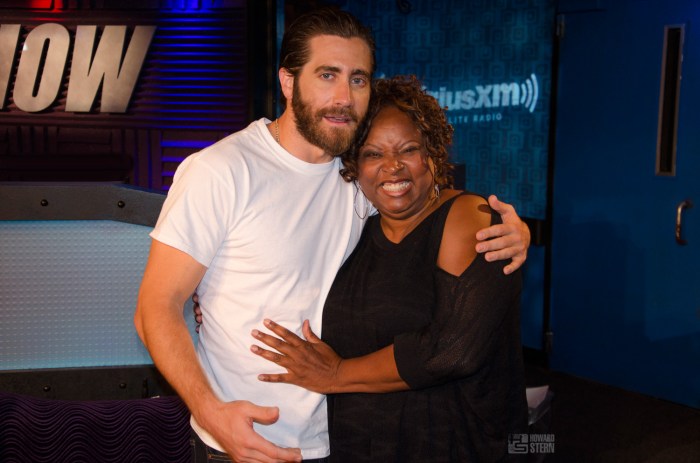 “By the way, I should say that ‘Private Parts’ is one of my favorite movies,” Jake told Howard early on in the interview. “It really is. I remember when I first saw it and I loved it. I was like 16, and I like finally felt like there was someone out there who understood what I was out there.”

Howard said he lived in fear of the movie not being good, but he’s really relieved to hear good actors liked it. He had thought that radio was represented in a goofy light in film during that period and Howard wanted to change that.

Aside from his love for “Private Parts,” it’s important to note that Gyllenhaal’s “Bubble Boy” also cast Beetlejuice and the original Bigfoot.

Jake’s love life became a hot topic during the interview. Gyllenhaal has not found the right woman to settle down with yet, but he did concede that he’s looking. “I believe in monogamy. I believe in when you meet someone who’s right, it’ll be right and you’ll stay there,” he told Howard.

Jake also revealed that he has had three true loves, but none of them have worked out — mostly, he said, because of him. “Yeah, it was me, man … I think I probably just got scared,” he explained in a frank moment.

While Robin may have tried to scoop him up during the interview, there’s still time, ladies.