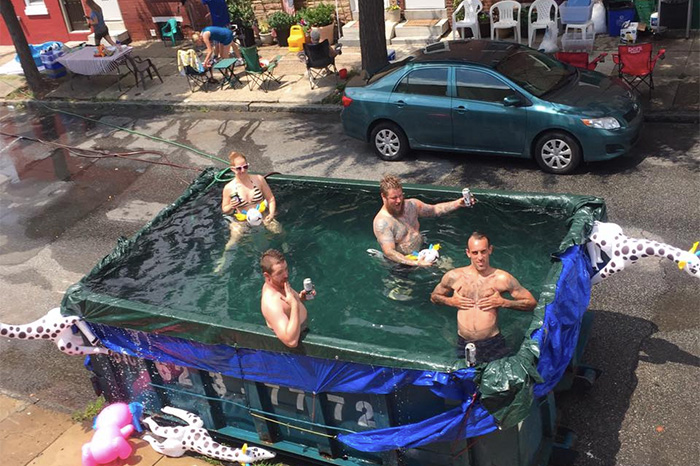 The City of Brotherly Love has some words of wisdom for its residents: stop swimming in dumpsters.

“In view of the City’s commitment to public health, safety and basic common sense, we will not issue permits for block party dumpster pools,” writes the mayor’s office communication director Karen Guss. “And while you would think this decision would not require an explanation, three days of press requests have proven otherwise.”

The letter goes on to list several reasons why dumpster pools are a bad idea, considering they’re both bad for the environment and potentially dangerous. However, the city refrains from outright calling it tacky.

If you haven’t seen the Cedar Street Block Party in all of its glory, here’s one picture that not only shows a great shot of a dumpster pool but also features a bystander wearing a Koopa Troopa shell backpack:

A photo posted by Rachel (@rdorothyp) on

Read the full letter from the mayor’s office on BillyPenn.com.

Get the Koopa look for less here.