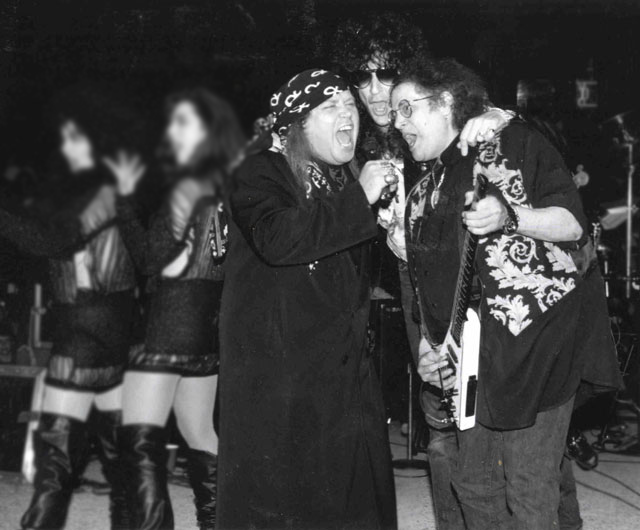 It’s been almost 25 years since comedian Sam Kinison – the Stern Show’s original celebrity superfan – was killed in a car crash after being hit head-on by an underage drunk driver in California. But the larger-than-life shock-comic has not been forgotten.

According to Rolling Stone, Kinison will be featured in a new box set hitting shelves in September and will also be the subject of an upcoming audio documentary on SiriusXM’s The Comedy Greats (channel 94).

SiriusXM has released a previously unearthed 10-minute clip to go along with the doc, taken from the comedian’s final public performance before his untimely demise. The documentary airs at 3 p.m. on Aug. 12 and features commentary from several other comedians, including Andrew Dice Clay, Josh Gad, Louie Anderson, and Jackie Martling, according to Rolling Stone.