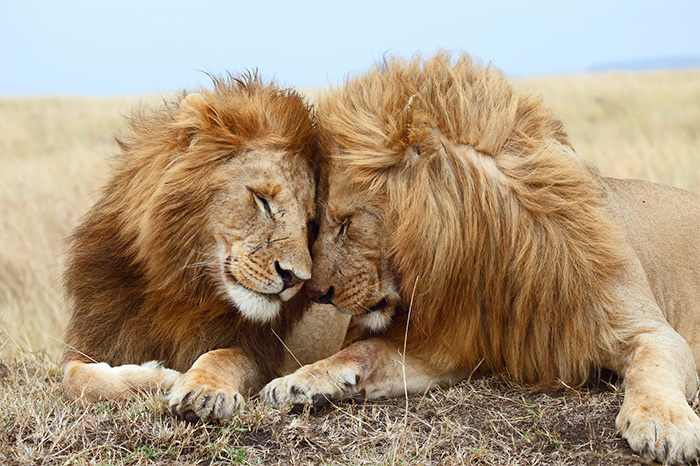 Proving once again that Mother Nature is full of surprises, five wild lionesses in Africa have recently grown manes and are beginning to act like male lions. One has even begun mounting other female lions and roaring, which is generally reserved for male members of the species.

There have been reports of this happening with lions before, but it’s rare and typically not well documented. In this case, however, Geoffrey D. Gilfillan of the University of Sussex and his colleagues are tracking the entire phenomenon, taking place at the Moremi Game Reserve in Botswana’s Okavango delta.

Gilfillan has studied those lions’ behavior for two years now, focusing primarily on one particular animal — known as SaF05.

“While SaF05 is mostly female in her behavior – staying with the pride, mating males – she also has some male behaviors, such as increased scent-marking and roaring, as well as mounting other females,” Gilfillan said.