“Not sure how this slipped past us, but now it's fixed,” Twitter CEO Jack Dorsey tells BuzzFeed 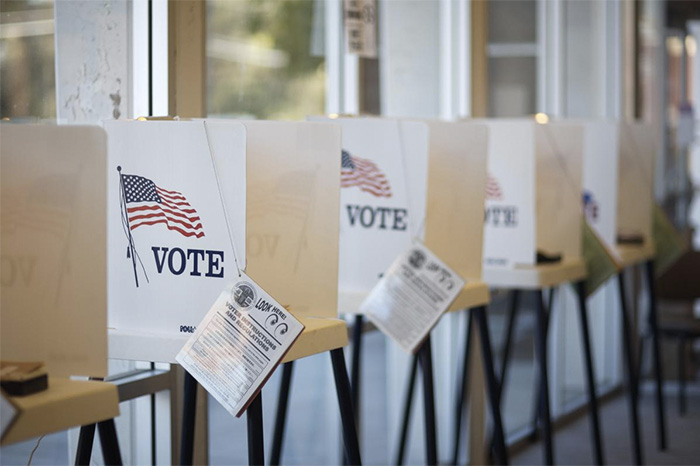 Twitter has removed multiple tweets falsely claiming voters could skip a trip to potentially crowded polling places on Tuesday and instead cast votes by text.

They can’t, of course. Texting – as well as email, fax machine, Facebook, Twitter, toll free hotlines, telekinesis, and smoke signals, etc. – is not a valid means of casting a vote in Tuesday’s election and it never has been.

Nevertheless, phony vote-by-text graphics (pictured below) were being pushed on Twitter last week by multiple accounts, including at least one linked to the alt-right movement, according to reports. The digital voting scam took several forms and appeared in several different languages, but each was disguised to look like a Hillary Clinton-approved ad.

PAY ATTENTION. This is voter fraud. You cannot vote by text– There is no such thing. Please spread the word. https://t.co/2Etm46ihkC

Several outlets picked up on the scam last week after the graphics went viral. Many called for Twitter to take action, claiming any voters duped by the scam would effectively be disenfranchised.

Twitter has since removed the offending tweets: “Not sure how this slipped past us, but now it’s fixed,” Twitter CEO Jack Dorsey told BuzzFeed News.