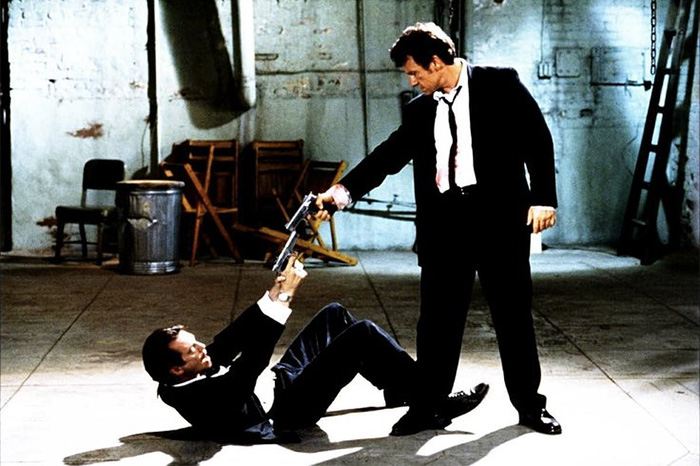 Quentin Tarantino was given an opportunity Thursday to change his mind about self-imposed retirement — which he previously said would go into effect after directing his 10th film — but instead he doubled down on his promise not to overstay his welcome.

“Drop the mic. Boom. Tell everybody, ‘Match that shit,'” he reportedly told an audience gathered at the Adobe Max creativity conference in San Diego.

Tarantino added: “Hopefully, the way I define success when I finish my career is that I’m considered one of the greatest filmmakers that ever lived. And going further, a great artist, not just filmmaker.”

Tarantino’s most recent film — “The Hateful Eight” — was his eighth, leaving him only two rounds in the chamber. He previously said his next (and ninth) project will be set in Australia in the 1930s, describing it as “Bonnie & Clyde-esque.”

When Tarantino visited the Stern Show in 2012, ahead of the release of “Django Unchained,” he suggested his retirement plans might not be set in stone: “If I’m 67 and I can still make a movie and I come up with a cool story, maybe I’ll do it. But I don’t want to be an old man, film director, past his prime. I don’t want to be a director whose best work is behind him,” he told Howard. “I want my best work to be in front of me.”