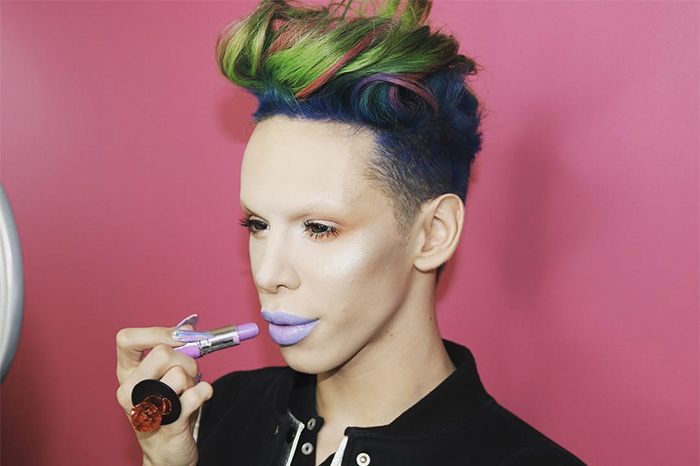 Vinny Ohh, a makeup artist based out of Los Angeles, has spent near $50,000 to transform into a genderless alien being.

Identifying as neither male nor female, Vinny has already undergone over 100 cosmetic procedures. Currently, Vinny is looking into new procedures which would completely remove all traces of genitalia, belly button, and nipples. Those surgeries could cost an additional $160,000, according to reports.

“I want to be a sexless alien being, I want my outside to reflect how I feel on the inside,” Vinny told MailOnline. “The overall image I want to do is an alien. I want to be a hybrid, not male or female. I’ve wanted to be sexless and genderless since I was 17, I’ve been going to doctors to see if it’s possible but had no luck.”

“I don’t see why I shouldn’t have my genitals completely removed and have nothing down there,” Vinny continued.