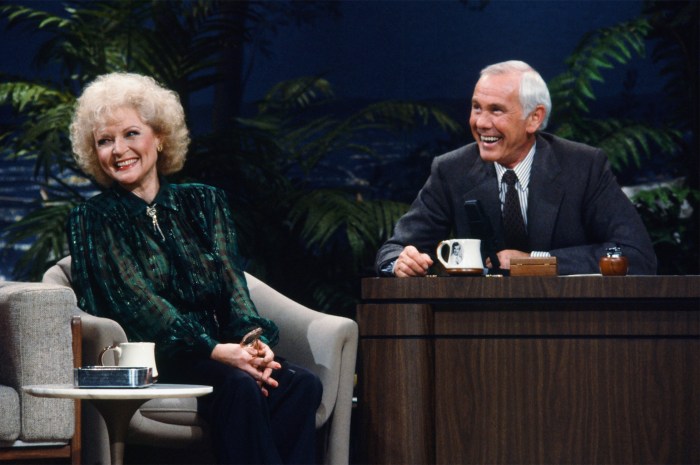 There’s a “Tonight Show” furniture reunion in the works and it looks like everything Johnny Carson has ever touched is invited.

The audience seats from NBC’s Stage 1—where Johnny filmed his iconic late-night show—have been saved from the scrap heap, according to the Hollywood Reporter.

The seats have been donated to James Comisar, a TV memorabilia preservationist who also has in his possession Johnny’s “Tonight Show” desk, chair, guest sofa, and even hand-painted skyline.

Comisar, who plans to one day open a TV museum, said Carson gave him the other goods back in 1993. “He told me he had ‘the tackiest set in Hollywood,’ and it had zero cultural value,” Comisar said.

The audience seats, meanwhile, were originally purchased from NBC in 2007 by Jeff Worthe of Worthe Real Estate Group, who reportedly acquired Carson’s entire studio in the transaction but wanted to donate the memorabilia to a good home.

Comisar believes the seats as well as the rest of Carson’s set actually have great historical value. “Mr. Carson always sought out emerging talent, especially comics. Joan [Rivers], Jay [Leno], Dave [Letterman], Jerry [Seinfeld], and Roseanne were introduced to America from Johnny’s stage, and they played to his audience,” he said.

So, when does Comisar plan to open his TV museum? “We continue to dream aloud about a destination dedicated to television and the thousands of its touchstones in our care, and as Carson himself used to say, ‘More to come, stay tuned …'” he told the Hollywood Reporter.