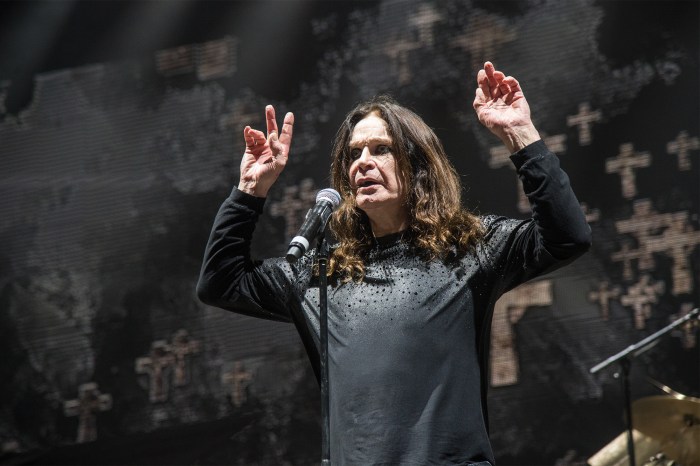 Ozzy Osbourne’s Prince of Darkness nickname has taken on a whole new meaning.

The legendary metal singer headlined Illinois’ Moonstock Music Festival on Monday during the region’s total solar eclipse. Much to the delight of the eclipse glasses-wearing fans in attendance, Ozzy and his band fittingly performed “Bark at the Moon” just before the rare astronomical event kicked into high gear.

As concert footage shows (below), the past Stern Show guest and Black Sabbath frontman began his hit song in broad daylight and by the time the chorus came around the concert grounds were shrouded in darkness. The band kept rocking all through the minutes-long night, however, and didn’t conclude until the Sun had again emerged.

Ozzy reportedly played his final concert with Black Sabbath in February, but he will be performing as a solo artist throughout the summer. Upcoming dates include the Louder Than Life Festival in Louisville on Sept. 30 and Aftershock in Sacramento, Calif., on Oct. 22. He’s also headlining Ozzfest Meets Knotfest in San Bernadino, Calif., on Nov. 4.