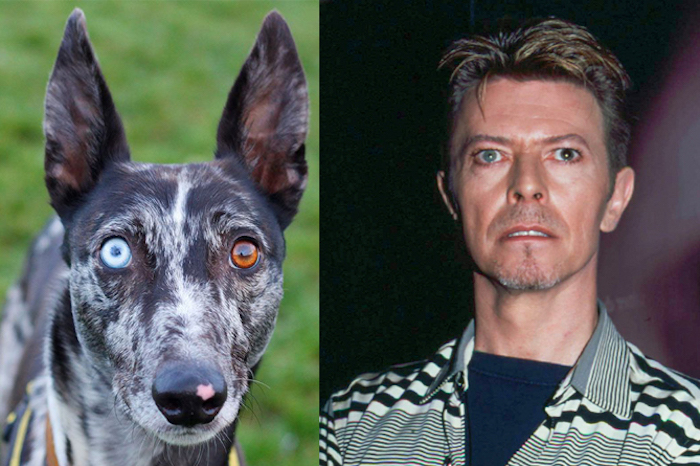 David Bowie’s son, director Duncan Jones, has put out a call to action for lovers of dogs and his father on Twitter. On Thursday, Jones tweeted a series of pleas for anyone who might be able to take in homeless three-year-old dog Bowie, who was named after his late father. Jones first shared an article about Bowie from WalesOnline.

Hoping someone near that dog might be able to help him find a home. One of those weird ones that got to me. 😥

Bowie, a lurcher (basically a cross between a Greyhound and terrier) has a condition causing his two eyes to be different colors. The affliction causes Bowie to resemble the late singer, whose eyes appeared to be different colors due to a condition known as Anisocoria, in which one pupil was permanently diluted from an injury. Unfortunately, WalesOnline claims that the condition has caused Bowie (the dog) to be overlooked by potential adopters.

Howard and Beth Stern, of course, recently helped rescue over 250 cats and dogs from North Shore Animal League before the holidays.

Read more about Bowie and how you can adopt him here.