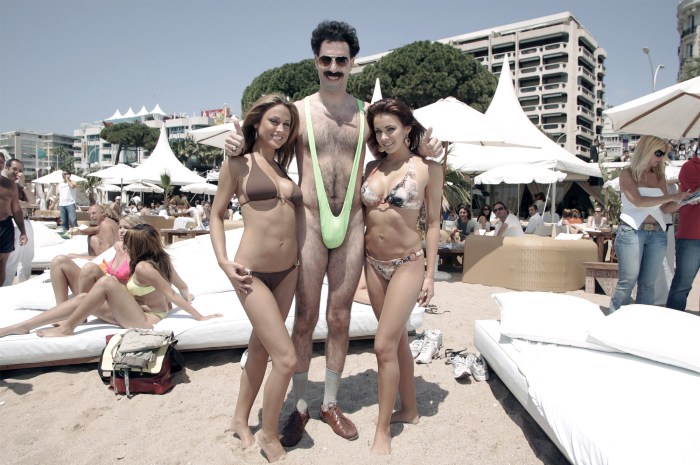 Last week six Czech tourists who dressed up like the main character from “Borat” were reportedly arrested in Kazakhstan for wearing nothing but Borat’s infamous green mankini. But now Sacha Baron Cohen, the actor who played Borat on screen, has vowed to come to their rescue.

“To my Czech mates who were arrested. Send me your details and proof that it was you, and I’ll pay your fine,” he wrote in a post published Tuesday to Facebook, along with an invitation for them to email him at “arrestedforwearingyourmankini@gmail.com.”

According to reports, the group of Czech men arrested for donning the costumes in Kazakhstan were detained for “minor hooliganism” and fined approximately $67 for their alleged indiscretions.

Cohen, who last joined the Stern Show in 2016, first made the mankini popular in 2006’s “Borat.” He also promoted the movie by wearing the revealing swimwear while walking the beach of Cannes (above).

Luckily Stern Show superfan Bobo wasn’t stopped by law officials while he walked the streets of New York wearing a Borat-like mankini earlier this year in order to reclaim his beloved nickname.

To check out Sacha Baron Cohen’s latest sit down with Howard, click here.