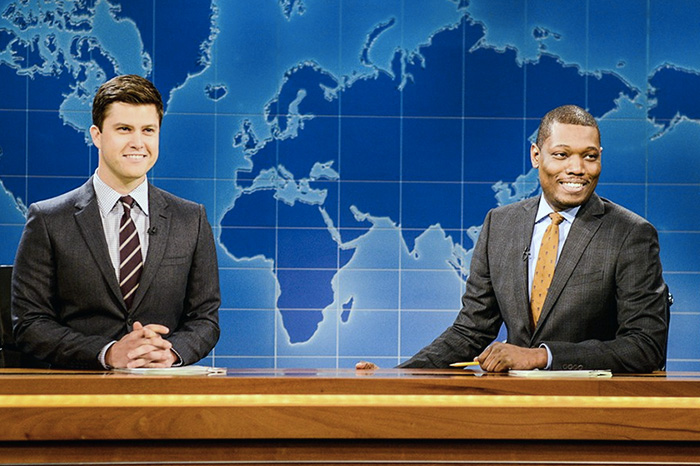 NBC has commissioned four half-hour, standalone “Weekend Update” specials which will air on Thursdays this summer while “Saturday Night Live” is on hiatus. Michael Che and Colin Jost, the long-running news segment’s current anchors, will host the primetime specials but other “SNL” cast members are expected to lend a hand.

The specials will begin airing Thursday, Aug. 10 at 9 p.m.

“‘SNL’ is having its best season in a quarter of a century — how many shows can say that?! — so we didn’t want them to take the summer off,” NBC Entertainment chairman Robert Greenblatt explained in a statement obtained by Hollywood Reporter. “We’re thrilled to have Colin Jost and Michael Che continuing their unique brand of news with fresh Weekend Update shows in primetime this August.”

Though “SNL” has enjoyed excellent ratings this season, this isn’t the first time NBC has spun “Weekend Update” off into its own special. The network aired three each in 2008 and 2009.