VIDEO: Emily Blunt Hides in the Bathtub From Monsters in New Trailer for ‘A Quiet Place’ 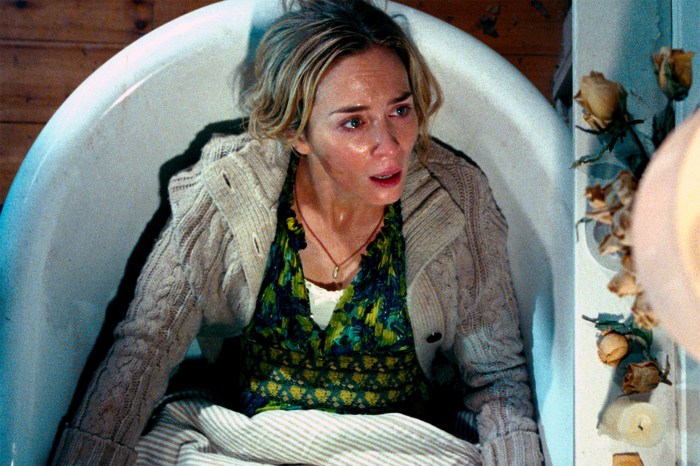 In this latest look (below)—courtesy of past Stern Show guest Ellen DeGeneres—we see Emily and John once again doing everything they can to protect their on-screen children by remaining noiseless amid a dystopian nightmare which apparently involves monsters hunting and killing anything they can hear. Viewers also get their first hint at the world outside this holed-up family, including a news report describing the scourge plaguing humanity.

I’d tell you how excited I am for @JohnKrasinski’s new movie #AQuietPlace, but I’m too scared to make a noise. pic.twitter.com/SY9qTTSA6c

Despite learning sign language and taking every precaution, however, Emily’s family can’t stay quiet forever and soon enough she’s hiding out in the bathtub while a creepily clawed monster stalks her in the background.

Directed by Krasinski, the film marks the first on-screen pairing for he and his wife. When Emily joined the Stern Show in 2015, her interview with Howard touched upon a variety of topics, including her past relationships, becoming a U.S. citizen, and her performance in “Sicario.” Check out the full interview here.

“A Quiet Place” slinks silently into theaters on April 6. Watch the new trailer (above).