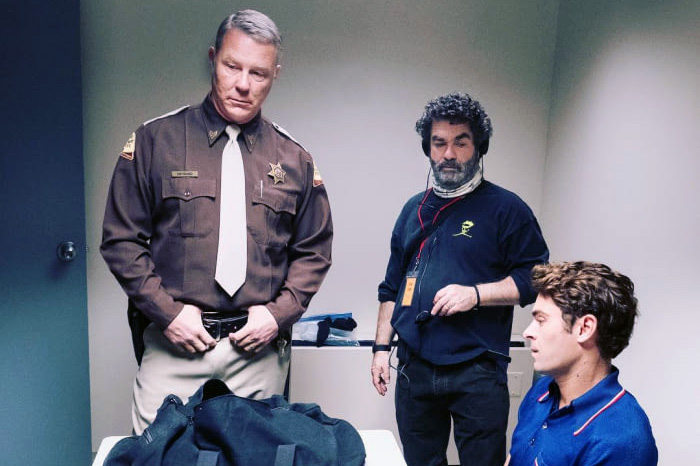 Earlier this week, the world learned legendary Metallica singer James Hetfield would make his acting debut playing a cop in “Extremely Wicked, Shockingly Evil, and Vile,” a thriller about serial killer Ted Bundy. Now, fans are getting their first glimpse of the heavy metal frontman in action (above).

Director Joe Berlinger (“Book of Shadows: Blair Witch 2”) shared an image on Tuesday showing him alongside Hetfield and Zac Efron on set with the rocker in character as Officer Bob Hayward, the clean-cut Utah highway patrolman who arrested Bundy in 1975, and Efron starring as the notorious killer himself.

While this may be Hetfield’s first time acting in a major motion picture, it’s far from his first collaboration with Berlinger. The filmmaker co-directed him in the groundbreaking 2004 documentary “Metallica: Some Kind of Monster” and later even wrote a book about the band. Berlinger also worked with Metallica on the soundtrack for his critically acclaimed crime documentaries “Paradise Lost.”

Of course, when Hetfield joined the Stern Show most recently in 2016, he and his Metallica bandmates delivered an epic performance of an entirely different kind. Check out their in-studio renditions of “Master of Puppets,” “Sad but True,” and more here.