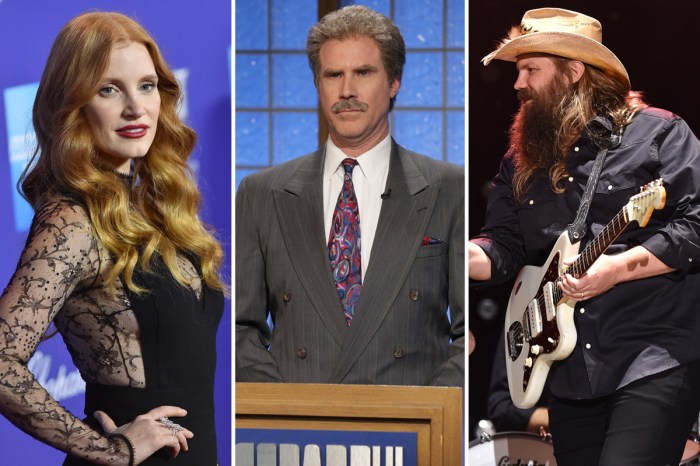 “Saturday Night Live” has revealed the remainder of its star-studded January lineup.

Chastain, currently starring in Aaron Sorkin’s “Molly’s Game,” will host the show for the very first time, while Ferrell, star of “Daddy’s Home 2,” returns for the fourth time since leaving the regular cast back in 2002.

On the music side, it’s the debut appearance for 22-year-old singer, songwriter, and YouTube personality Troye. Stapleton, a Grammy-winning country music star who made his Stern Show debut in 2017, will be performing on the “SNL” stage for the second time.

Kicking off 2018 with three straight shows, starting this weekend with Sam Rockwell and @halsey! #SNL pic.twitter.com/13qw1sHT5T

Stapleton, whose latest album “From A Room: Volume 2” dropped in December, sat down with Howard for a wide-ranging interview last May which touched upon everything from the early days of his career to his burgeoning friendship with pop star Justin Timberlake. Get more on the interview here and check out his live, in-studio rendition of “Broken Halos” (below).