Chicks frontwoman Natalie Maines covered plenty of ground in her return to the Stern Show, from how her divorce shaped the band’s new album “Gaslighter” to which celebrities she’d consider going out with on a date. Perhaps most impressively, the country music superstar and longtime fan of the show watched staffer Sal Governale perform an impressively horrifying stunt live on the air … while her very own life-sized Flat Ronnie watched on in the background. Before diving into all that, however, Natalie opened up for the first time about why the Grammy-winning trio recently dropped the word “Dixie” from its name.

“Dixie made us uncomfortable at a certain point, but we also didn’t feel like it was representative of us—we’re not from Dixie.” Maines told Howard. “It was just sort of a word. I didn’t think about all the history behind it, or how the word came to be, or how it might make Black people feel. Our name wasn’t any sort of statement, but changing it was a statement.”

“And also the Chicks is such a cool name,” she added. “Why didn’t we think of it before?”

The name change happened just last month, but Natalie said her bandmates Emily Strayer and Martie Maguire were considering rebranding ever since she first joined up with them. “When I joined the band they were like … ‘This could be a good time to change our name. We’ve always hated our name,’ and I was like, ‘No, no, no, no—your name is the one good thing about you,” she told Howard with a laugh.

“Did you feel like you needed to elevate them?” Howard asked.

“It wasn’t my kind of music. I didn’t listen to country music, but they were even beyond country music. They were Western swing,” she said. “I loved Martie and Emily’s ability and thought that was really special, how awesome they are at their instruments. So, yeah, I thought we could do something cool.”

Howard wondered if she wanted Chicks fans to destroy their memorabilia from before the name change, but Natalie didn’t think that was necessary, thanks in part to conversations the band had with leaders from groups like Black Lives Matters. “They say ‘No … and that people know who we are and what’s in our hearts,’” she said. “We didn’t have the name Dixie Chicks because we were racists.”

Dropping Dixie happened quickly and without any big announcement on social media. “We didn’t want to make a big deal about it,” Natalie said. “This moment isn’t about us. This moment is about something so much bigger, and we’re just trying to live up to it.”

Reviewers describe the new Chicks album as deeply personal and Howard wondered if “Gaslighter’s” themes and lyrics were inspired by Natalie’s 2017 divorce from actor Adrian Pasdar.

“Everyone is drawing from their own lives, but I was the one going through it at the time,” she said.

“As far as relationship songs go, in our minds, the way we laid it out on the record, it kind of takes you through a journey, you know? All the feelings of divorce. It’s not all pain. I think what it is is raw,” she continued. “I was writing from my perspective as I was going through it in real time.”

“Gaslighter” is the Chicks’ first studio album in nearly 15 years. Maines and company had previously considered recording a Patty Griffin-cover album but the plan fell apart once the band reviewed its record deal with Sony Music Entertainment. “We looked at our contract and saw that wasn’t acceptable and we weren’t allowed to do that, so we knew we were gonna have to write stuff,” she told Howard.

Natalie was candid about her band’s contentious relationship with their record label, including the underwhelming Christmas present they received in the mid-1990s after delivering their first breakthrough album.

“I think we’d already sold a million records when Christmas comes around and I was like telling Martie and Emily, ‘Oh my God, this year for Christmas what is Sony gonna give us? … They know they’re paying us like a penny on the dollar for this record, so we’re going to get something great.”

“The mailman came to my door that year and handed me a little box  … I opened it up and it’s designer soaps. I was pissed. I called our manager and I was like, ‘We got soap? We got soap?’ I was like, ‘It’s Sony—at least send me a big TV!’” she continued.

“A couple weeks later we did get big TVs, but I had to beg for it and throw a tantrum,” Natalie laughed.

The Chicks have now sold over 33 million albums in the United States alone. Considering “Gaslighter” is the last record they’re obligated to make for Sony, Howard wondered what the future might hold.

“We’ll definitely allow Sony to put an offer out there. We’ll see,” Natalie said. “We’ll just field offers, I guess, and weigh it against doing it ourselves, which I don’t think we’d do, but who knows?”

The recording process has evolved considerably since the band first signed on with Sony and readily available software now enables artists to lay down tracks at home. Natalie said the role of the producer has evolved, too. For example, Rick Rubin—who helped engineer the Chicks’ 2006 effort “Taking the Long Way”—is a well-regarded producer but not a musician whereas “Gaslighter” producer and past Howard collaborator Jack Antonoff doubles as a singer, guitarist, and drummer.

According to Natalie, Jack’s musical skills came in handy on the new album. “I just loved watching him work. We’d never written like that … and it’s such a better way of writing, for me. I don’t think I could ever go back to like sitting around a guitar and writing a song,” she said.

Turns out, Howard helped bring the two of them together in the first place. They met at one of his Birthday Bashes a few year back. “Our tables were near each other. He was there with Lena [Dunham]. His studio that he was recording at a lot was right around the corner from the apartment I used to have there. He just asked, ‘Do you want to come over tomorrow and try to write?’” Natalie explained.

She said collaborating with new people is tricky, but Jack and her band hit it off quickly. “He’s is like a brother. You just feel so comfortable right away,” she said.

As much as Natalie enjoyed recording “Gaslighter,” that experience seemingly doesn’t hold a candle to performing “Daddy Lessons” with Beyoncé at the 2016 Country Music Awards.

“The week we worked with Beyoncé is the single greatest working week of my professional life. It was awesome,” Maines told Howard, explaining she’d seen the superstar’s film “Lemonade” over 100 times and marveled over how she operated in real life. “She’s a perfectionist and to see the power she has as a female and a Black female is incredible.”

Their collaboration attracted plenty of attention, too. “It’s the highest rated 15 minutes in CMA history. She was amazing,” she said. “Then they started getting racist assholes bombarding their website with comments and emails and whatever, so they take her down. They took our performance down and they caved to that bullshit …then within 24 hours they put it back up again.”

“They’re just cowards. It’s just crazy. She just gave you your greatest ratings that you’ve ever gotten. How dare you take her song off?” Natalie said.

“Would you ever perform at the Country Music Awards again?” Howard wondered.

Beyoncé isn’t the only internationally renowned superstar Natalie would gladly accept a call from, either. She said she’s happy as a single woman but wouldn’t say no to Jake Gyllenhaal or Bradley Cooper should they ever ask her out. “I’ve got it narrowed down to two,” she laughed.

In all seriousness, she told Howard dating is difficult for her to imagine now because it’s been over 20 years since she’s last done it. “I don’t even know if I know how to flirt … but I’m definitely not closed off to it,” she said. “I’m closed off to marriage.”

While it’s no call from an A-list actor, Natalie did get a show on Monday from the Stern Show’s own Sal Governale. The staffer joined the interview after she lamented being unable to watch his recent trick involving stuffing his foreskin into his own rear end.

Sal happily obliged. “I can’t believe I’m stretching my [penis] for a Grammy winner,” he said. “This is an honor.”

Natalie howled with laughter as she watched Sal prepare for the main event. “My divorce didn’t turn me off to men, but oh my God it might be happening right now,” she laughed.

“Is it everything you dreamed?” Howard wondered after Sal finished performing.

“No, it’s different,” she admitted. “I’ve seen Sal’s penis before … but I’ve never seen him pull it quite like that. That was incredible.”

Being a Stern Show superfan, Natalie also gladly chatted with a handful of Wack Packers and longtime contributors, including Mariann from Brooklyn, frequent caller Apples, Wendy the Slow Adult, and Bobo, the latter of whom she chided for his dangerous driving. She also fielded a call from Jeff the Drunk, but didn’t quite know what to expect given his penchant for on-air griping.

“I actually hold out hope every time that he will have something interesting to say, but yeah Jeff you really do have to get something going other than, ‘You never pick up on me!’” she told Howard, channeling the Wack Packer with an impression.

But on Monday Jeff delivered something altogether different: a cover of the Charlie Daniels Band song “The Devil Went Down to Georgia.”

“Jeff, do you not know any Chicks songs?” Maines laughed as the performance began. 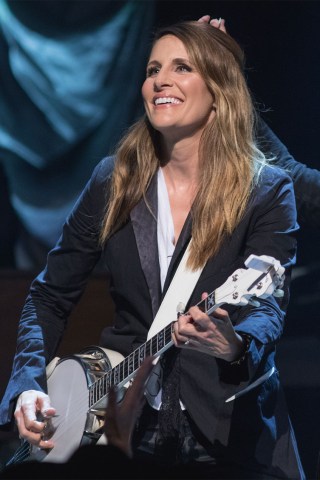 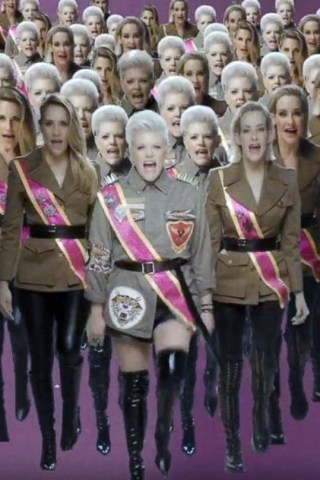 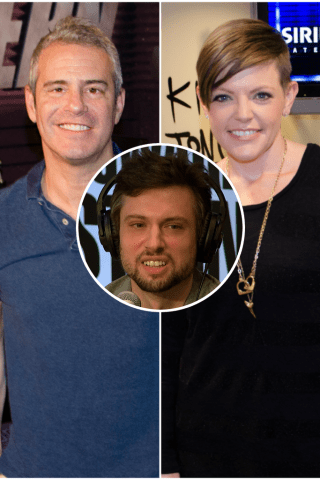 Andy Cohen & Natalie Maines Weigh In on Memet
You Give us your email Address we'll give you even more howard!