Show business, like most other industries, has undergone a dramatic shift since the onset of the pandemic. Talk shows started broadcasting from home, TV production in many cases came to a screeching halt, and live events have been wholly reimagined if not altogether scrapped. But that hasn’t slowed down Jimmy Kimmel. The comedian and late-night luminary is firing on all cylinders right now, pulling triple duty right now as the host of ABC’s flagship late-night show “Jimmy Kimmel Live,” a star-studded revival of “Who Wants to Be a Millionaire,” and even Sunday’s 72nd Emmys, broadcasting live from the Staples Center in Los Angeles.

“The reason they chose the Staples Center is because it’s huge and they feel like they can spread everyone out,” Jimmy told Howard during his Stern Show return on Wednesday. “Most of the nominees and presenters will be at home. I think they’re going to have 140 live feeds going at once.”

The logistics seemed reasonable on paper, but Jimmy conceded it was impossible to predict how the night might unfold. “The technical aspect of this is really what concerns me,” he said. “There’s nothing funny about losing a Wi-Fi signal, you know? It’s just suddenly there’s nothing, so I’m hoping everything works.”

“I don’t want it to feel like a three-hour Zoom meeting. If I have one goal, that’s it,” he said, adding, “I just have to dip into my bag of many talents. I’ll be singing and dancing and juggling and doing all the stuff that I do, you know?”

Prepping for this year’s show has consisted of plenty more than just writing jokes and learning about virtual conferencing, too. In some cases, Jimmy also needed to talk the nominees into showing up at all. “There are celebrities who are nominated who don’t know if it’s safe … they don’t know if it’s appropriate to get an award during this time,” he said. “So, I wind up in the middle of a lot of these conversations.”

“We will be paying tribute to the people who helped us through this,” he continued, adding, “We are not tone deaf to those concerns and we do have a plan I think everybody will feel real good about,” he continued, explaining the Emmys planned to honor essential workers and donate to a good cause.

Howard wondered if winners would get their statues on Emmy night.

“For some of the categories, we’re going to be delivering the Emmys to their homes. Like, if you win there will be a knock on your door and basically Postmates or Doordash will show up,” Jimmy said.

One point of controversy for many award shows is the In Memoriam tribute during which the industry honors its recently departed greats. Jimmy didn’t plan to “meddle” with that particular segment this year, though he assured Howard producers could always add in new names at the last minute. “We will be prepared even right down to probably 3 o’clock on Sunday,” he joked. “If any celebrities would like to submit their death to an in memoriam montage … we will edit you right in there.”

Even so, deceased celebrities needed to meet certain criteria. “That’s how shitty show business is. Even in death you have to pass an audition. It’s the final indignity,” Jimmy said with a laugh.

One TV icon who will certainly be recognized is Regis Philbin, who passed away in July at the age of 88. Philbin holds the Guinness World Record for most hours on TV, thanks in part to his long run asking questions on the game show “Who Wants to Be a Millionaire.” As fate would have it, “Who Wants to Be a Millionaire” is now in Jimmy’s hands—he hosts a celebrity edition of the popular quiz show which has continued filming throughout the pandemic. Longtime caller Ralph Cirella phoned in to praise Kimmel for his game-show hosting prowess, and Howard wondered if he planned to come for the king.

“Are you going to try and beat Regis’s record for TV show appearances?” he asked.

In addition to catching up with staffer Shuli Egar about his move to Alabama, getting a sex tip from Ronnie “the Limo Driver” Mund, and fielding a call from the indefatigable “Alex Jones,” Jimmy also carved out time to talk with Howard about “Jimmy Kimmel Live,” which he revealed would soon be broadcasting once again from its Hollywood studio. He and the crew planned to instate a litany of COVID-related safety precautions, but the prospect still made Howard nervous.

At one point, the two iconic hosts discussed their favorite celebrities to interview. Jimmy’s list included athletes Charles Barkley and Shaquille O’Neal, actors Jason Bateman and Bryan Cranston, and comedians like Dave Chappelle, Wanda Sykes, and the one-and-only David Spade. “I think when we look back at the history of talk shows, David Spade will be like an all-time, Top 10 talk-show guest,” he said.

“I’m a huge admirer of David Spade,” Howard agreed. “He has upped his game on talk shows.”

“His rhythm is perfect for a talk show. It’s just perfect,” Jimmy continued. “Some people will really stick to their material and some people haven’t thought about any of it for a moment, and he’s the perfect combination of going with the flow and throwing in things he knows are going to be funny.”

Jimmy’s talk show experience extends back to “The Man Show,” which he hosted along with Stern Show veteran Adam Carolla. The two are on opposite ends of the political and scientific spectrums these days and when Howard brought up Carolla’s skepticism regarding face masks Jimmy cautioned listeners against taking his hygiene advice.

“I love Adam dearly … but Adam doesn’t believe in shampoo or soap,” Jimmy said, recalling a time in which his former partner’s disdain for them resulted in pink eye. Those weren’t the only Carolla-centric stories he shared, either. In one anecdote, Adam turned a child’s sandbox into his own urinal. In another, he opted out of vacationing with Jimmy and their friends to protect his home from Y2K-emboldened looters.

“Maybe he learned from that and he’s like, ‘I’m not going to get hoodwinked again?’ I don’t know what’s going on,” he said. “The whole state is burning down and he’s riding around without a mask.”

Just as Jimmy didn’t let threats of the Y2K bug keep him from vacationing 20 years ago, he also didn’t let COVID keep his family from taking a much-needed summer vacation. He told Howard he recently rented an R.V. so he could drive his wife Molly and their children to Idaho.

“You would’ve hated it,” he said with a laugh.

Jimmy said the R.V. was comfortable—“like a Ramada Inn on wheels”—but not always easy to maneuver. At one point, he backed into a hole and the vehicle paid the price. “I got a rock in between two of the tires. I didn’t realize it, but both tires were flat,” he recalled. “I thought just one was and I drove around on it for like two-and-a-half days.”

Howard was impressed both by his guest’s eagerness to venture off the beaten path and also his willingness to step away from “Jimmy Kimmel Live” for the summer. “I wanted to applaud you on that,” Howard said. “I think a lot of hosts are insecure.”

“I’m just lazy,” Kimmel replied with a laugh. “If I can get paid and not have to work at all, that’s my ideal scenario. If I could do this all year round, that’s what I want to do.” 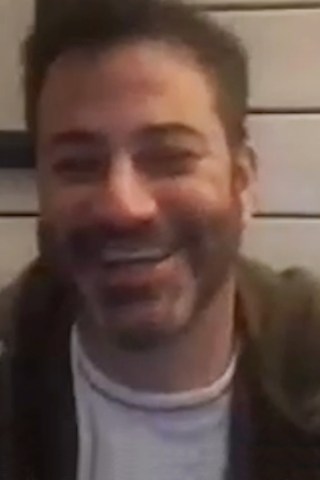 Jimmy Kimmel Talks Life in the Age of COVID-19 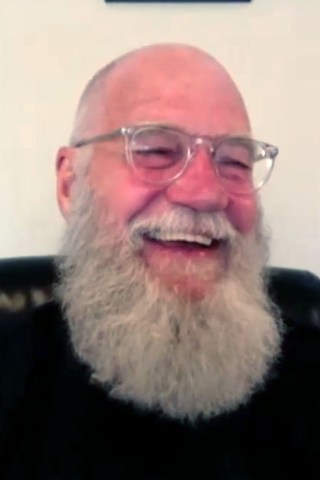 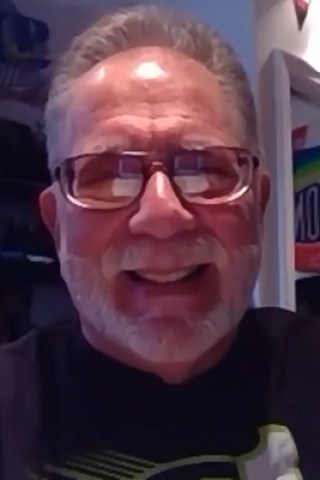 VIDEO: Ronnie Struggles to Unmute His Computer
You Give us your email Address we'll give you even more howard!