“O.J. [Simpson] is still on Twitter by the way, Ralph isn’t,” Howard says of his stylist’s behavior

After admitting to recently being banned from the social networking service Twitter, Howard’s longtime stylist Ralph Cirella attempted to elaborate on why. “A month or so ago I wrote something and they sent me an email and they said take it down, so I took it down,” he noted before vaguely explaining what the initial offense was. “There was some criminal who did something horrible and I said, ‘Yes, you have my permission to kill him’ or something like that … that was the first warning.”

“Keep in mind O.J. [Simpson] is still on Twitter, by the way – Ralph isn’t,” Howard remarked. “O.J. is following the rules, O.J. is able to maintain a Twitter account.”

While Ralph was unable to pinpoint exactly what led to his permanent exile from the service, Stern Show staffer JD Harmeyer was able to explain why he was never a fan of Ralph’s posts. “It’s not what he tweets, it’s how he tweets,” he explained. “He double spaces everything and in caps, he makes his tweet box bigger than everyone else so I’m like scrolling through it and then all of a sudden there’s a big box of Ralph.”

Despite the disciplinary action from Twitter, Ralph’s sense of humor has remained intact. “Their stock is down like 20 percent since they kicked me off, I’m just saying,” he pointed out with a laugh. 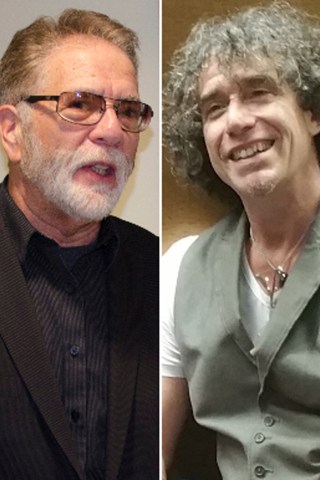 Will Ronnie Come Clean to Help Ralph Open Up?
You Give us your email Address we'll give you even more howard!