“It looked like a strip club,” Howard explains to his staffer 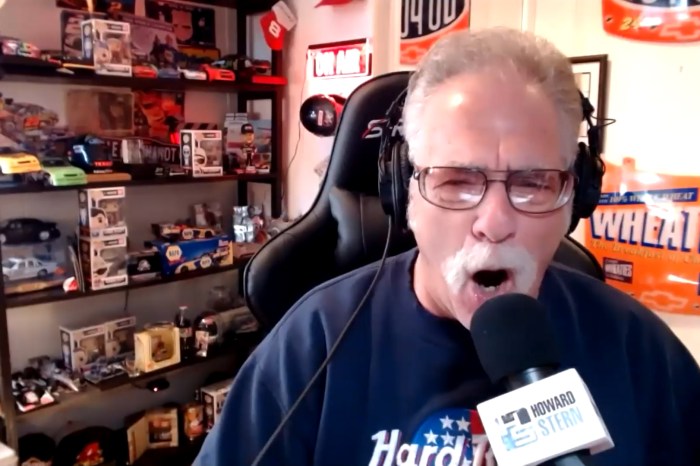 One step closer to settling down in Las Vegas with fiancée Stephanie, Ronnie “the Limo Driver” Mund has officially put their New York home up for sale. On Monday, the longtime Stern Show staffer received a lot of flack for some of the pictures featured in the online listing.

“It looked like a strip club,” Howard noted of the photos he saw before focusing on his workspace. “It looks like he’s got twice as much NASCAR junk in that fucking office of his. He’s got like two fucking full hoods of cars, I mean you’ve got to see what’s going on.”

“Do you have guitars behind you?” Ronnie responded in reference to Howard’s collection of instruments. “You like guitars, I like NASCAR shit.”

King of All Blacks, who has a history of getting under Ronnie’s skin, called in with some thoughts of his own. “I want you to sell your house and you probably will, but you have to stage it,” he told Howard’s longtime driver. “It looks crazy in there … The sinks in the bathroom are too personal, you can’t put [in] clamshell glass, you can’t do things like that when you remodel.”

However, there was at least one thing King admitted to appreciating about Ronnie’s home. “I like the front door because I could get out of there,” he teased.

Ronnie Becomes ‘Angelina’ Under Hypnosis
You Give us your email Address we'll give you even more howard!