Actor, author, activist, and beloved Stern Show announcer George Takei made his much-anticipated return Wednesday morning. Flanked once again by his husband, Brad Takei, the octogenarian “Star Trek” legend opened up about everything from the intimate details of his marriage to his thoughts on “Bachelor” star Colton Underwood coming out as gay. But first George told Howard and co-host Robin Quivers he’d updated a popular “Star Trek” salutation to fit in with the times.

Howard wondered if his guest thought people would one day return to greeting each other by hugging and shaking hands. “I prefer the Japanese way of bowing to one another,” Howard said. “I’m hoping we never go back to shaking hands.

“Well, I’ve been very Japanese in quarantine, of course, but I’m an American. I love hugging people—and particularly good-looking ones—so, I really miss that,” George said. “I’m a Japanese American, when in quarantine we bow and we’re very polite, but look out when it’s over I’m coming at you.”

To Boldly Go … To The Same Fan Convention?

Speaking of “Star Trek,” Howard was eager to hear an update on the ongoing rivalry between George and his longtime co-star William Shatner.

“He’s Bill Shatner and you have to accept him for that, but you know he is a difficult person to work with,” George stated.

Despite their differences, George wouldn’t disparage Shatner’s skills as a thespian. “He is a wonderful—and I sincerely mean it—wonderful actor. He is persuasive and the character of Captain Kirk is a strong, assertive, initiative-taking leader. That fits him to a T,” George said. “He created that character using a lot of himself, and that’s the mark of a good actor.”

“I would become crazy if I took him seriously,” George said. “I take him as long as I can, and then I check out at five o’clock.”

The two actors are both signing autographs for Trekkies at Orlando’s MegaCon in August, though they might not cross paths as they’re scheduled to appear on separate days.

George couldn’t say why the two were working different days, but he was excited to reunite with his fans. “You feel wonderful when they love you,” George said. “We all have that need.”

At one point, George fielded a phone call from the last person he expected: his own free-wheeling alter ego, “Fun George.”

The character was created by the staff after the stalwart Stern Show presence recently declined to record a risqué song parody. Despite participating in countless wild segments over the years, from the “This or That” game to getting up close and personal with Jason Ellis, George passed on this particular bit because it failed to meet his standards.

“I’ve reached a point in my life now where I’m known as a distinguished gentleman,” he told the staffer who asked him to record the song.

Howard wondered if George’s decision was influenced by his husband, and Brad didn’t exactly deny it.

“Gay people see George as like a role model and I felt like because the lyrics were ‘Hey Brad, let’s go to the Ramble and have raunchy, anonymous sex with strangers’—that’s not the image that George should have at age 84,” Brad said.

The actor’s reluctance to partake in the parody inspired the staff to create a spot-on impression of George who was less inhibited. Naturally, “Fun George” called into the show to chat with his real-life counterpart.

“Oh my!” “Fun George” said after hopping on the line.

Like the real-life George, “Fun George” said he also rings a bell to get his Brad’s attention. “I hit the bell with my penis,” “Fun George” revealed before offering to sing any song Howard wanted. “I’ll do multiple takes—multiple orgasms!” he added.

The two Georges got along fine until the real one took umbrage with “Fun George’s” dramatic pronunciation of the word “tsunami.” “What language are you speaking?” the real George asked before testing “Fun George’s” language skills.

Before hanging up, “Fun George” paid his real-life counterpart an incredible compliment. “It’s been a pleasure to speak with you and I’ve never been more excited than looking at myself. My god, what a beautiful man you are,” he said.

Considering George is one of the world’s most famous openly gay activists and celebrities, Howard was eager to hear his take on former “Bachelor” star Colton Underwood coming out as gay at the age of 29.

“I understand Colton’s position because I, too, I was closeted for most of my adult life. I came out publicly … in 2005, when I was 68. That’s very late,” George said, explaining he was motivated to come forward after Governor Arnold Schwarzenegger vetoed California’s marriage equality bill. “That got us so angry that we decide, alright, we’re ready, we’re coming out.’”

Howard wondered if he regretted waiting so long to be open about his sexuality.

“I don’t believe in ‘coulda, woulda, shoulda’ because I lived the life that I lived, and I lived it productively,” George said. “I was out there as a part of the Civil Rights movement, speaking out for equality for African-Americans … I was a part of that and I’m proud of that.”

“I was closeted and there were African-Americans in the Civil Rights movement who were also closeted, too,” he continued. “That was the reality of the times.”

Howard wondered what it felt like for George to live in the spotlight while keeping his sexuality and relationship with Brad a secret.

George said he often pretended Brad was his business partner and invited women along with him to walk the red carpet. “I did have ‘beards,’ women for public appearances,” he said, adding, “Brad stayed home.”

For Whom the Bell Tolls

While the real George wasn’t eager to record a provocative “All That Jazz” parody, he and Brad were more than willing to speak candidly about the steamier aspects of their decades-long romance.

“George is 84, real Brad is 67, so let your audience fantasize what our sex life is, Howard,” Brad said, adding, “I feel more sexually happy now than I did at the beginning years of our relationship … just because I’m more comfortable with George.”

Considering their age difference, Howard wondered if George ever thought about what his husband might do if he were to die first. Would he be okay with Brad dating again?

“I want him to be happy,” George told Howard.

“You want him hooking up with a hot guy?” Howard asked in disbelief.

“I don’t want him grieving and sorrowful. I want him to enjoy his life fully,” George responded.

“We’re Buddhist and we have a whole different, uh, feeling … When I pass, I return back to the vast oneness of the universe and, you know, I’m going to be cremated, but some of the ash could fall on the ground and feed the lawn,” he continued. “I want him to be happy when I’m no longer this guy, this combination of molecules.”

Howard thought that was good news for George’s husband. “Brad, can you imagine? You have the bell and you’ll be ringing it for your new husband,” he said.

“I’ll will this to him,” George agreed with a laugh. 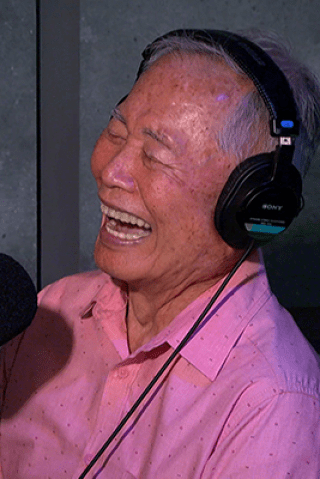 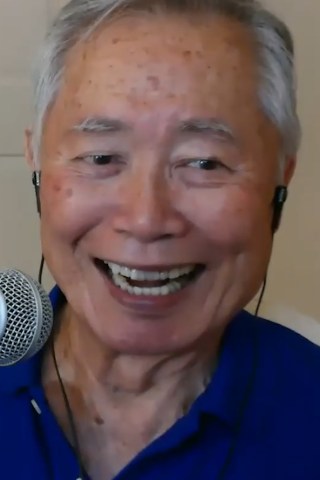 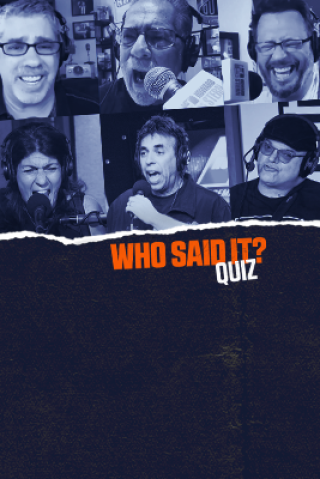 Test Your 2020 Stern Show Knowledge
You Give us your email Address we'll give you even more howard!