The “Twilight,” “Tenet,” and Stern Show veteran stars in the upcoming DC Comics reboot as Bruce Wayne, a billionaire playboy who dons a cape and cowl at night to thwart crime in Gotham City. In this version of the story, Pattinson’s Caped Crusader faces off against a smattering of criminals, including Oswald Cobblepot (Colin Farrell) and Edward Nashton (Paul Dano) who are better known to comic book fans as Penguin and the Riddler. He also crosses paths with cat burglar Selina Kyle (Zoë Kravitz), a.k.a. Catwoman, though the trailer hints their relationship might be a bit more complicated.

“Maybe we’re not so different. Who are you under there?” the flirty feline asks Batman in the clip (above).

Directed by Matt Reeves (“Cloverfield,” “Dawn of the Planet of the Apes”) and featuring a cast which also includes Andy Serkis, John Turturro, Jeffrey Wright, Jayme Lawson, and Peter Sarsgaard, “The Batman” serves as Pattinson’s first foray into comic-book adaptations. As listeners may remember, the actor sat down with Howard in 2017 and revealed why he was reluctant to even consider playing an onscreen hero. Check out more from his Stern Show debut (below).

“The Batman” swoops into theaters on March 4. 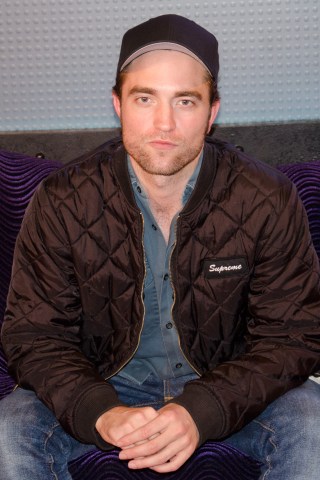 Ben Affleck Stars in George Clooney’s ‘Tender Bar’
You Give us your email Address we'll give you even more howard!