“It’s remarkable what they can do,” Howard says of his three talented guests 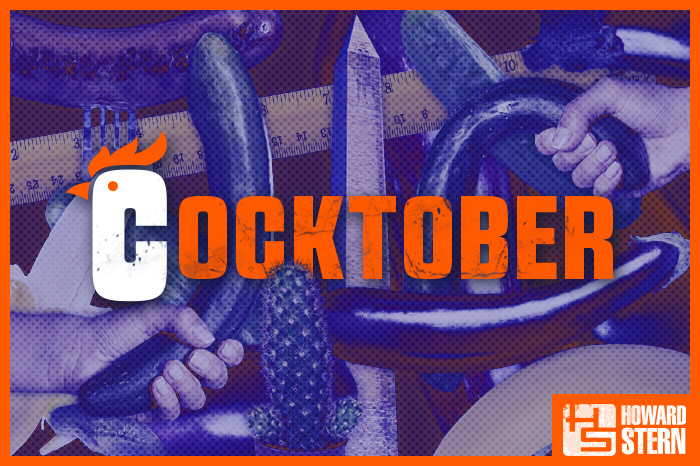 The Stern Show’s Cocktober festivities ended with a twist on Tuesday morning with three incredibly talented men facing off in a “Stupid Penis Tricks” competition. “These three guys our talent scouts found, they have the most remarkable penises I’ve ever seen,” Howard noted of his special guests. “It’s remarkable what they can do.”

Kicking things off was Robert Ryan who, as a star of Puppetry of the Penis, is an actual professional when it comes to manipulating his manhood. The performer told Howard and co-host Robin Quivers how he got his start in the business. “I went to a cold audition and took my clothes off and did some tricks and spun my dick around,” Robert recalled. “I love getting naked. I love whipping it out and showing it off, so it was one of the first times that it was okay … it wasn’t a family reunion or Thanksgiving.” 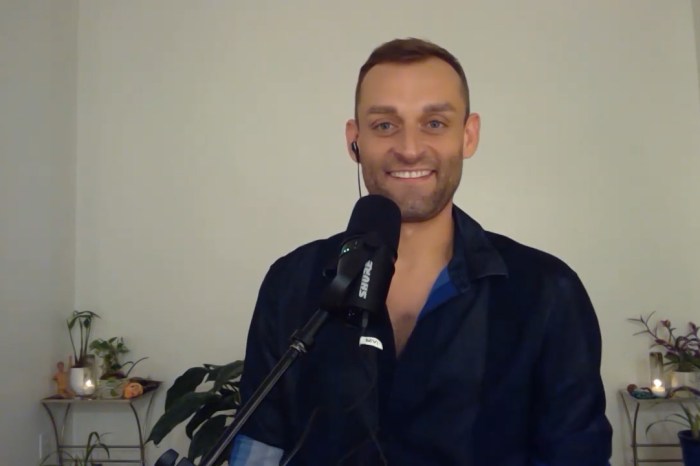 Once it was show time, Robert ran through “The Hamburger” and something called “The Baby Bird” before concluding with “The Loch Ness Monster.” “It’s like a prehistoric animal looking around,” Robin observed of the trick.

While company tricks like “The Hamburger” were easy to learn, others including “The Eiffel Tower” and “The Loch Ness Monster” required practice. “You have to go home and work on it in the mirror and then you get hard, and you have to wait until you get soft and then you do it again,” he noted before warning that, while he has never damaged his penis, it’s still a dangerous gig. “Amateurs shouldn’t try it … anyone and everyone should try ‘The Hamburger,’ but other than that, leave it to the professionals.”

“I am so jealous,” Cocktober veteran Richard Christy admitted to well-endowed Robert. “Even to have this penis alone and just whip it around is impressive but doing all these tricks with it, like I can’t do anything with my dick.”

Next to perform was an uncircumcised civilian named Mike from Canada who discussed the origins of his ability. “You start exploring yourself in your late teens and try to figure out what you can do,” he told Howard. “You’ve got this big chunk of meat hanging off the end of your dick so you see what you can do with it.”

Mike explained how he’s able to pull of his eye-popping stunt that he calls “The Ballooning Penis.” “You’ve got to get a good seal by squeezing the end of your foreskin together and then you slowly have to start urinating into it, you know, to see how big you can get it,” Mike explained. “It takes upwards of a minute or so until it gets to a point where it’s no longer comfortable and you let it go.”

“Wow, that is huge,” Howard remarked of Mike’s inflated foreskin.

“It’s like those carnival games where you spray the gun and fill up the balloon,” Richard observed before making a slight knock against fellow Stern Show Staffer Sal Governale. “And Mike can pee when it counts.” 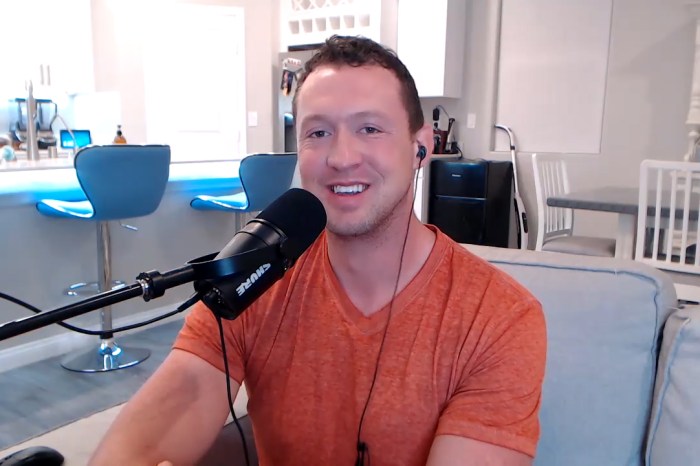 Rounding things out was adult film star Pierce Paris, who worked in fossil fuels before getting into the industry at the age of 32. “I was a fracker before I was a fucker,” he joked before telling war stories about his rather large penis. “One girl had an IUD, and I actually dented the IUD and then they took it out. They said they were going to send it to the lab to get it analyzed because they had never seen that before.”

Once he finished, everyone was left in shock. “That was in slow motion, that was terrible,” Robin said with a laugh.

“You really do shit them out,” staffer Chris Wilding added of Pierce, who later revealed he’d had everything from an iPhone 9 to a cactus to a parking cone inserted up there.

For his part, Pierce remained cool and professional. “It’s quite comfortable, actually,” he said matter-of-factly. “Lube definitely helps get them in there.”

See Robert Ryan in Puppetry of the Penis in Las Vegas and check out more of Pierce Paris on Twitter.