“We’re just perfect for each other … I’m just so happy,” he reveals to Howard

The best-looking Stern Show staffer is officially off the market. On Wednesday, Howard made the announcement that Steve Nowicki recently proposed to his girlfriend and that she said yes. “This guy was a big cocksman,” Howard said of the former bachelor before addressing Steve directly. “You were the stud of the show.”

“I met an amazing girl,” Steve said of his fiancée, with whom he’s been with for more than two and a half years. “I mean we get along so well and we’re just perfect for each other … It’s hard to explain but I just love her so much, I love being with her, spending time with her … I’m just so happy.”

As for the proposal, the staffer explained that he enlisted a couple of photographer friends to camp out in Brooklyn Bridge Park where he popped the question. “We got to this really nice scenic spot and I just got down on one knee and then the disguised photographers came out and took their pictures,” Steve revealed to Howard.

Though Steve’s future wife is supportive of his Van Halen obsession, she drew the line recently at accompanying him to an Eddie Van Halen guitar convention in Connecticut. “It was just the most amazing day of being around all these Eddie Van Halen fans. Everyone had the 5150 replicas out there—we compared the dents, the relics, we talked about the wood that was used on it,” the staffer, who is known for his Eddie-inspired guitar building, marveled. “There was a guy there who worked with Eddie since the ’90s and I asked him probably a million questions about every Eddie guitar.” 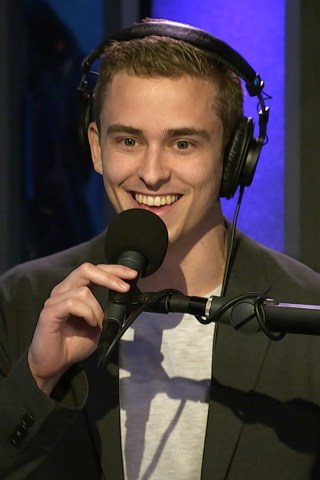 Steve Nowicki Says ‘I Love You’ to His Girlfriend 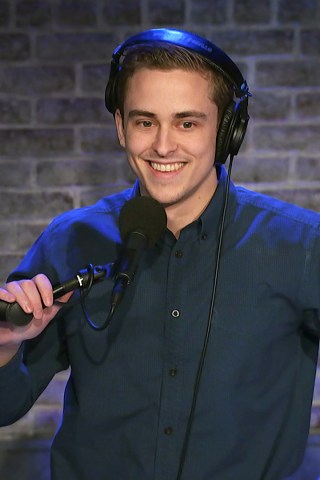 Steve Nowicki Reveals He Has a New Girlfriend
You Give us your email Address we'll give you even more howard!