Howard couldn’t help but laugh recently at two holiday cards he received from his staffers. For starters, Sal Governale sent out an otherwise lovely Christmas card marred by one glaring typo.

“He wrote ‘The Governale’s’ and he put an apostrophe,” Howard told listeners on Tuesday’s Stern Show. “He sent out a Christmas card to all his family and friends with dumb-ass grammar.”

Sal tried defending himself on the air, but it didn’t go too well. “I thought the apostrophe was, like, I dunno—like, if it’s more than two people it’s ‘the’ and then an ‘s’—I dunno. I can’t. I thought it was an apostrophe,” he told Howard. 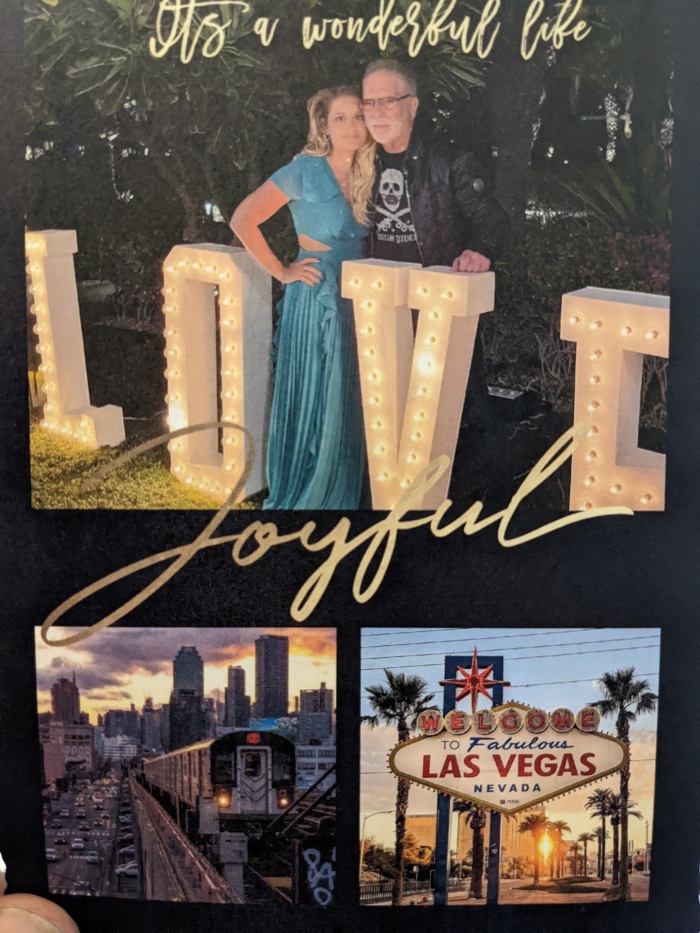 Meanwhile, Howard and Sal both goofed on the casino-filled card they received from Ronnie “the Limo Driver” Mund, who recently relocated to Las Vegas.

“Your card looked like an advertisement for a casino,” Sal laughed. “I thought it was two nights at the Venetian.”

Despite their eccentricities, Howard told his staffers he appreciated their thoughtful holiday notes. “I did like Ronnie’s card because I felt happy—Ronnie’s happy being in Vegas … and Sal, your family did look beautiful,” he concluded.