From bagel tampering to body image issues, here are the topics to avoid

When Ronnie Mund is in a good mood, he’s the life of the party. When Howard’s longtime limo driver gets angry, however, it’s an altogether different story. Unfortunately, keeping Ronnie happy isn’t always as easy as it sounds, so on Tuesday—as Sternthology celebrates Mund Madness week—Ronnie’s colleague Mike Pearlman unveiled his rulebook for making sure Ronnie doesn’t get angry. 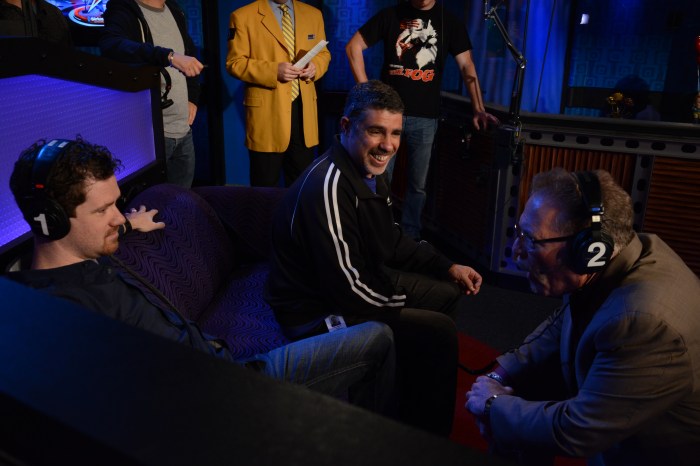 In 2012, a software developer came into the studio to talk about his Ugly Meter App, which supposedly measured a person’s attractiveness. Unfortuntaely for Ronnie, the app rated him a zero. The limo driver wasn’t hearing it, however, so he flipped out at the app’s inventor and everyone who rated higher than he did.

As fans will no doubt remember, Ronnie got caught in 2018 using a digitally altered press photo for his promotional appearances. The aging limo driver’s head was Photoshopped onto actor Dean Cain’s chiseled body. Instead of coming clean about the misdirect, Ronnie doubled down. He insisted he wasn’t the person behind the head swap and got angry at co-workers who suggested otherwise.

Caller Apples had no idea what he was in for last year when he phoned in to comment on the box of Lucky Charms he spotted in the background of one of Ronnie’s fiancée Stephanie’s Instagram posts. As Ronnie saw it, there was no reason to discuss his cereal preferences on air. “I eat Special K, that’s what I eat,” Ronnie said before flipping his lid.

In 2010, staffer Jason Kaplan called Ronnie out for how he split up some free cookies meant for the entire back office. Some staffers suggested he was handing the cookies out to the most attractive employees he could find, but a red-faced Ronnie angrily denied it. “I’m trying to be a nice fucking guy. Fucking Jason can shove them up his ass. He can have them all,” the limo driver said.

Ronnie’s food issues continued in 2019 when Pearlman and Ronnie got into an on-air blowout after the limo driver accused his colleague of messing with his bagel behind his back. Mike denied fiddling with his co-worker’s food and no evidence to the contrary has ever been brought forward, but to this day Ronnie still doesn’t believe him.

Tune into Sternthology this week for more Mund Madness.