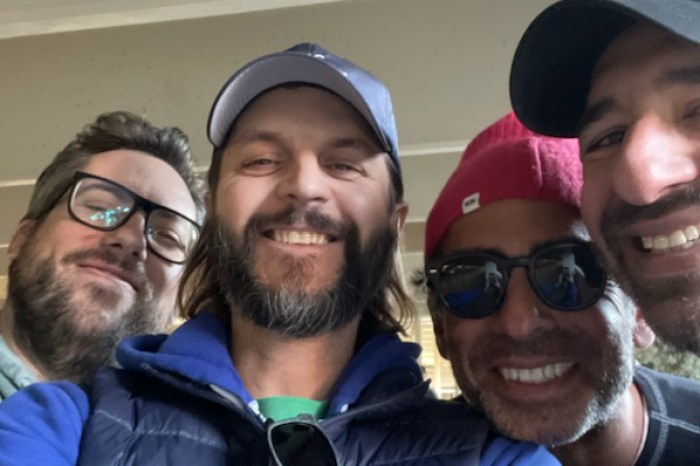 Hollywood Harmeyer is back, but this time he’s taking Sin City by storm!

JD Harmeyer told Howard on Tuesday about celebrating his 43rd birthday in style over the break with a luxurious boys’ trip to Las Vegas with fellow staffers Will Murray, Jason Kaplan, and Jon Blitt. In addition to dropping about $500 on first-class flight upgrades and another $500 a night at the Waldorf Astoria, JD told Howard he spent about $600 at the strip club alongside recent Vegas transplant Ronnie “the Limo Driver” Mund.

“The rules at some of these strip clubs are different now,” JD said, explaining he had to buy three dances at a time for $100. “The stripper there said it was because of the pandemic.”

“It was a good time,” JD insisted.

Though Blitt wasn’t one for lap dances, he sent all the strippers over to JD but not before making up a fake backstory about his co-worker. “I told one dancer JD was a child star – the star of ‘Karate Baby’ — and that ever since he was two he’s been making movies.”

Howard wondered if Jason’s new look helped him get attention from the strippers, but Jason revealed he was torn about getting a lap dance after his wife had discouraged him. “I was like … ‘I have a lap now … I [want to] take it for a test drive,’” he laughed. 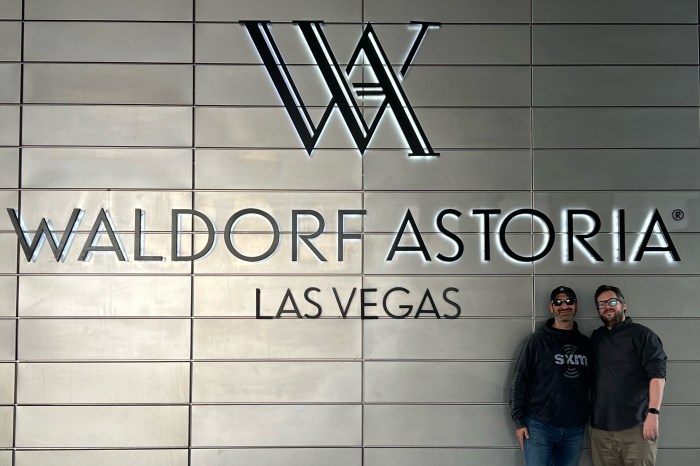 While everyone understood why JD might go all-out at a strip club on his birthday, they were less convinced he needed to drop so much cash on flights and hotel rooms.

JD insisted he wasn’t the one who picked the hotel. “It was fucking rich boy Blitt over there, picking the Waldorf Astoria of all places,” he said.

Even so, he apparently opted out of saving money by bunking with a colleague. “I wanted to sleep in JD’s room, but he wouldn’t let me,” Will said. “We could’ve split it.”

“I want my own bathroom. I want my own space,” JD responded. “I don’t need [my co-workers saying,] ‘JD snores in his sleep.’”

Howard suspected his staffer had a different motive. “Did you get your own room because you wanted to beat off after the strip club?” he asked.

“Well, yeah, sure, you know? It’s my birthday for Christ’s sake. I want ‘me’ time!” JD exclaimed.

While the guys had a great time visiting Ronnie and partying in Vegas, they couldn’t help but goof on JD for Googling available bathrooms during a night out, pacing around his room after taking a weed gummy, and refusing to pack his clothes in a carry-on suitcase.

“I had three outfits!” JD said. 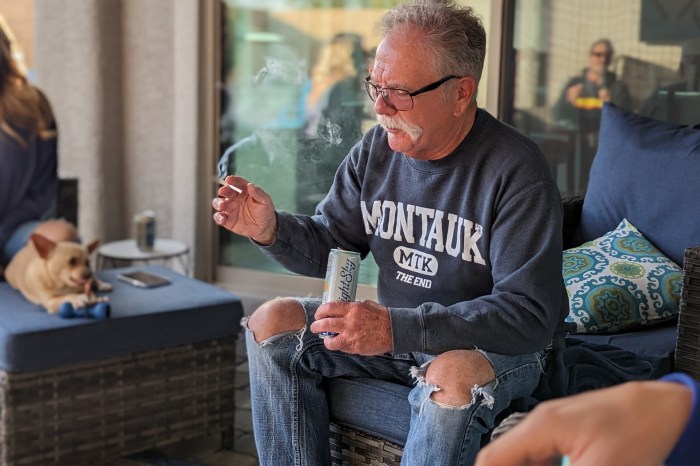 While talking clothes, the guys also ripped on Ronnie for the ripped jeans and Montauk sweatshirt he wore while relaxing at his house, smoking a joint, and drinking a beer. Ronnie’s colleague Mike Pearlman even chimed in after seeing a photo of the long time limo driver’s ensemble. “It was like a mixture of looks,” Pearlman said. “You saw Ronnie trying to be cool … but you could tell he’s getting a little bit old. He doesn’t want to be too chilly when he’s outside smoking pot.”

“It was a fucking sweatshirt, asshole,” Ronnie retorted.