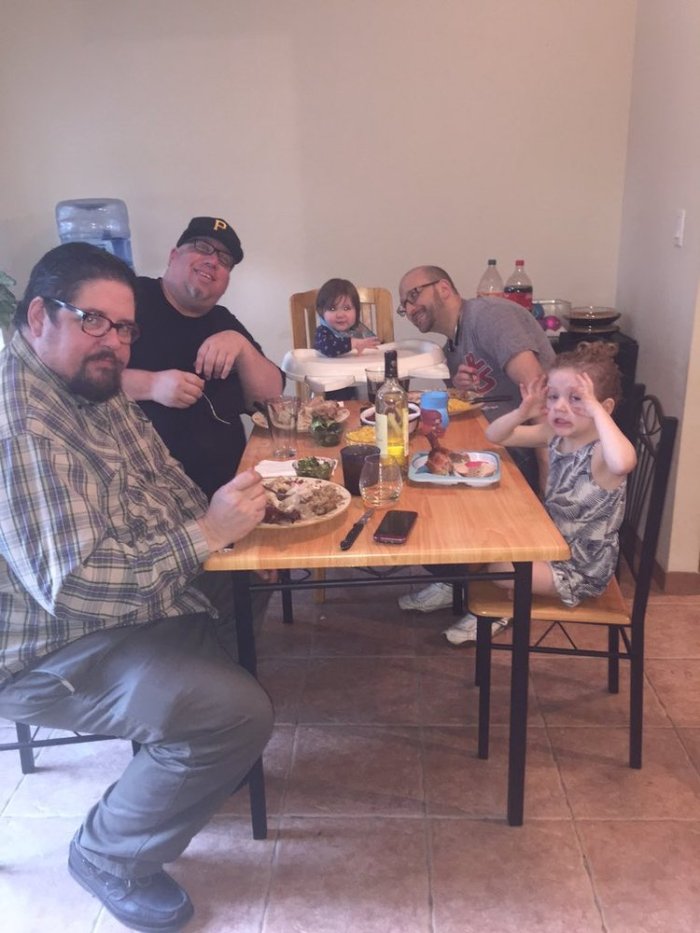 Jeff the Drunk called in and Howard wondered how he was able to cut his Thanksgiving turkey, which Jeff claimed he carved expertly. Or in his words:

“I carved it good m-therfuckers!”

Jeff’s Lump, meanwhile, explained that Jeff cooked the beer-can style of turkey … minus the turkey.

Elsewhere in the Wack Pack, Shuli and his wife graciously invited High Pitch Erik and Joey Boots to their home for the holiday and they even reportedly behaved themselves … until Joey took a nasty shit in the bathroom.

Shuli was mostly worried about if any of his kitchen chairs would be able to hold the 400+ lb. Erik, and in the end relied of High Pitch’s walker to seat him. Shuli’s kids loved Erik though. “It’s like a giant Mickey Mouse mountain walking around,” he explained.