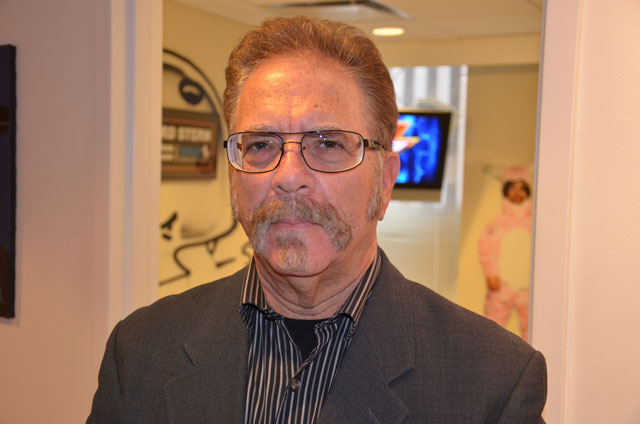 After taking a call from “Mitt Romney,” who waxed poetic on some of his political leanings, Howard opened the phone lines to the listeners.

One caller named Chad said he couldn’t help but think Howard is a little jealous of Ronnie Mund‘s unrestrained lifestyle.

“No, I’m not jealous of Ronnie,” Howard explained. He just finds it a bit ridiculous that this grandpa in his mid-60s still wants to have a bachelor party.

“Why get married if you still want to get out to the strip club?” Howard asked.

The caller wondered what Beth Stern would say if Howard wanted to have a bachelor party like Ronnie’s potential bash. “I think she’d say, ‘What the fuck am I doing with this guy?'” Howard mused.

“I personally wouldn’t be doing it at my age,” Fred Norris agreed.

The other issue with Ronnie’s bachelor party aspirations, as Howard pointed out, is that the only reason he’s getting these extravagant offers for free is because of the Stern Show.

Benjy Bronk, meanwhile, wondered if Rick’s Cabaret would feel like they were getting their money’s worth if they threw a $75,000 party for Ronnie. He also felt that the party may be disrespectful to the institution of marriage – though he conceded that if Stephanie was fine with it, so should everyone else.

After hearing from both Fred and Benjy, Howard remarked that people don’t realize how talented Robin is until he lets these other guys speak.

A bit later another woman called in and was upset by how Ronnie seemed to be treating Stephanie. “Ronnie’s just so rude to her,” she criticized.