“I can't think of anything that was really a strong point,” his potential employer concluded 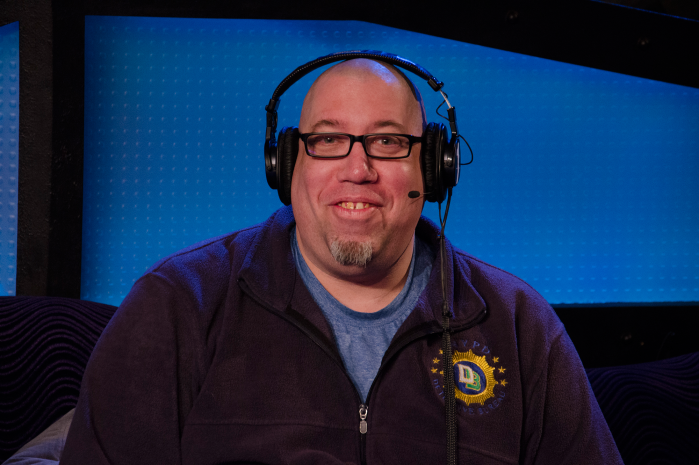 JD Harmeyer revealed he liked to “set the bar low so they’re always impressed.” Mick the Nerd launched into a description of each of his allergies when asked if he was a “team player.” Medicated Pete negotiated himself down from a $50,000 salary to “maybe even $10,000.” And High Pitch Erik? He may have proved to be the worst candidate of them all in the latest mock job interview where Wack Packers (and certain Stern Show staffers) were put to the test by Hannah, a Human Resources Director for a Fortune 500 company.

“As bad as those fucking guys were, Erik, the woman said, was the worst,” Howard told listeners Wednesday morning before launching into clips from the interview.

Erik’s meeting began to sour early after he answered Hannah’s very first question by bringing attention to his “disability.”

“I’m looking for a job. I’m disabled,” High Pitch told her after simply being prompted to say a little about himself. “And I can’t do too much since I’m disabled,” he added.

If his initial answer didn’t immediately turn away any potential employers, his answer to one of the subsequent questions did more than enough to clarify his ambitions.

“Tell me why you would excel in a fast-paced, competitive environment,” Hannah prompted Erik.

“I’m confused with that statement,” High Pitch said, later clarifying that he would not, in fact, excel in any fast-paced environment: “I wouldn’t be able to do it so fast.”

With skills like his it’s not a far stretch to think that Erik would be receiving some critical feedback on his job performance. Would he be able to handle that, though?

“I would have to leave that position … Criticism would not be good for me,” the Wack Packer told his mock potential employer.

After hearing everything High Pitch had to say, Hannah threw a curveball at him: Think about the person that likes you the least – what would they say about you?

When Hannah pushed him on whether he believed those accusations to be true, the Wack Packer was perhaps a little too honest. “Yeah,” he answered.

Unsurprisingly, High Pitch thought the interview went “pretty well” and scored himself a 7 out of 10. Hannah, meanwhile, gave Erik “maybe a one.”

“I can’t think of anything that was really a strong point or high point of the interview, other than just the fact that he seems like a nice enough human being,” she offered in closing.