“I'm saying Matthew Berry, Michael Rapaport, and Lisa Ann are no longer part of this league after this season,” Will Murray tells Howard 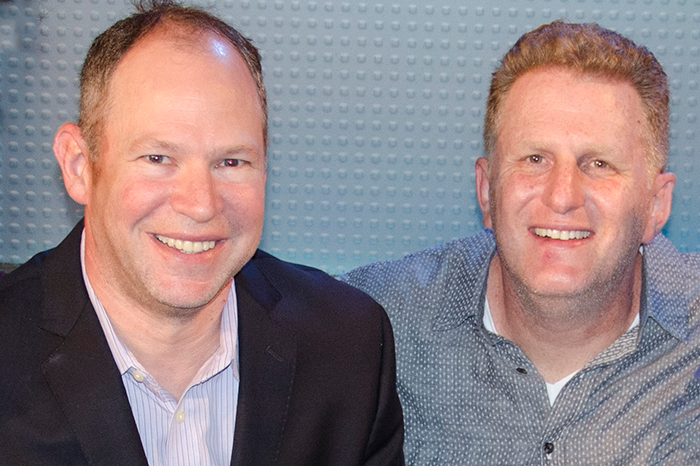 The aftermath of Wednesday’s Emotional Friends Fantasy Football League on-air melee was far-reaching and deep-cutting, and despite Michael Rapaport and Michael Berry receiving enough votes to remain in the league it seems the Stern Show staff members aren’t satisfied with their decision.

Will Murray came out in support of kicking out everyone who isn’t on-staff on Monday, even though he voted in favor of keeping Rapaport in the league last week. “I’m saying Matthew Berry, Michael Rapaport, and Lisa Ann are no longer part of this league after this season,” he told Howard.

“This is why you guys are idiots,” Howard chided his staffers, confused as to how everyone voted to keep the two celebrity league members in if they wanted to return to an all-staff group.

“We have a spineless league,” Jason conceded.

Matthew Berry called in to clear up his position and explained that he would return to the league next season if he was invited. He also said he would in fact be able to move forward in his friendship with Jason eventually, though not with Will (who said the feeling was mutual).

Oddly enough, though, while all the trash talk left no one unscathed, the staff pointed out two former arch-enemies have remained conspicuously neutral towards each other: Michael Rapaport and Matthew Berry.

“Michael and I both work for ESPN,” Berry told Howard. “So, ESPN personalities as a whole, we do not bust on each other. We do not criticize each other — companywide.”

Howard was incredulous at the whole situation and couldn’t believe the staff screwed up the vote so bad.

Stay tuned to see who will remain in the Emotional Friends Fantasy Football League next season!