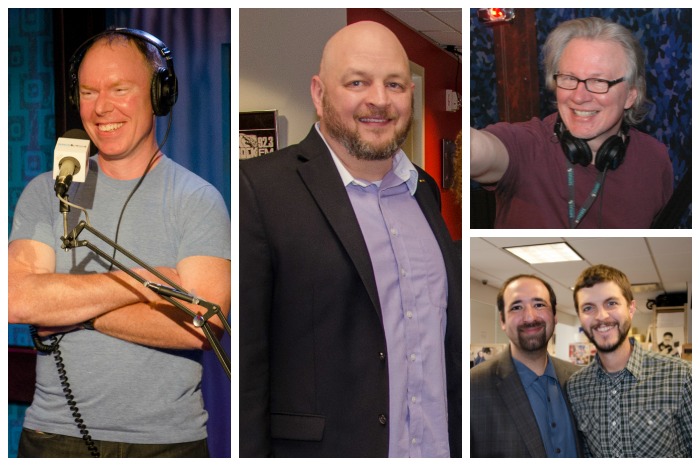 If the entire staff of the Stern Show were left shipwrecked and forced to swim to a desert island, who would last the longest? That was the question posed on Friday’s Wrap Up Show and regular guest Danny Cevallos wasted no time in figuring out who he thought would be able to survive.

“It’d be Brent. It has to be Brent,” he answered, pointing to Mr. Hatley’s Marine training. “I guarantee he’s got survival stuff at home.”

Wrap Up Show co-hosts Jon Hein and Rahsaan Rogers both believed staffers Fred Norris and Will Murray would make it on the island but they weren’t as confident in Jason Kaplan’s ability to swim to shore.

Even though Richard Christy’s home state of Kansas is landlocked, Danny was sure he’d fare well in the wild. “Richard would be fine wandering around naked and just eating things that, you know, that fell on the ground,” he said.

“And Sal would have Richard carry him,” Jon joked of how Richard’s best buddy Sal Governale would get to the beach.

As for if the King of All Media would become the King of the Island, Danny doesn’t think people should underestimate Howard’s chances of surviving.

“He’s a born leader,” Danny stated. “Even if he doesn’t know how to build a fire or, you know, roast a coconut, he would be able to sort of align people with him.”

“He does have those camping skills,” Jon said.

But if worse comes to worst and the co-workers are compelled to eat each other in order to live, who would be the first staffer people would sink their teeth into?

“Jason’s washed up corpse … that’s a lot of food,” Jon said with a laugh.