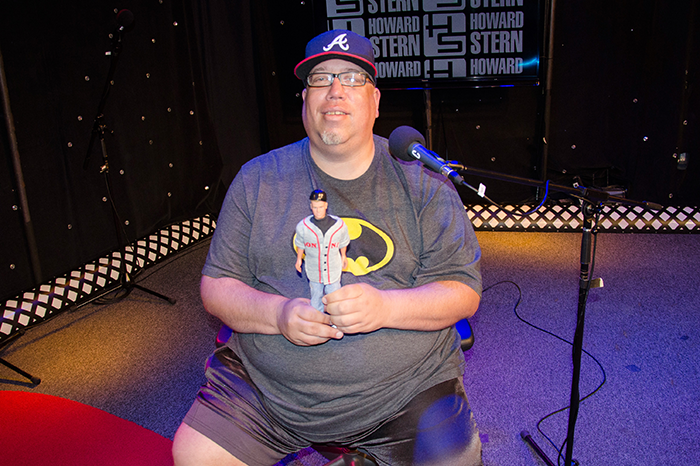 Howard invited High Pitch Erik to the Stern Show studio on Tuesday to celebrate the renowned Wack Packer’s 20th anniversary with the show.

As longtime fans will remember, it was Stern Show Executive Producer Gary Dell’Abate who first came into contact with the then-26-year-old at an autograph signing. Then, on Aug. 15, 1997, Erik Bleaman spoke to Howard for the first time on a call to the show. Later that day he was invited down to the studio to prove his signature vocal timbre was genuine.

Erik was a fast fan favorite between his infamous fear of fish and a classic prank call to fellow Wack Packer Eric the Actor in which he imitated singer Kelly Clarkson. Hear it (below).

“This is his ‘White Album,’” Howard said of the hilarious prank. 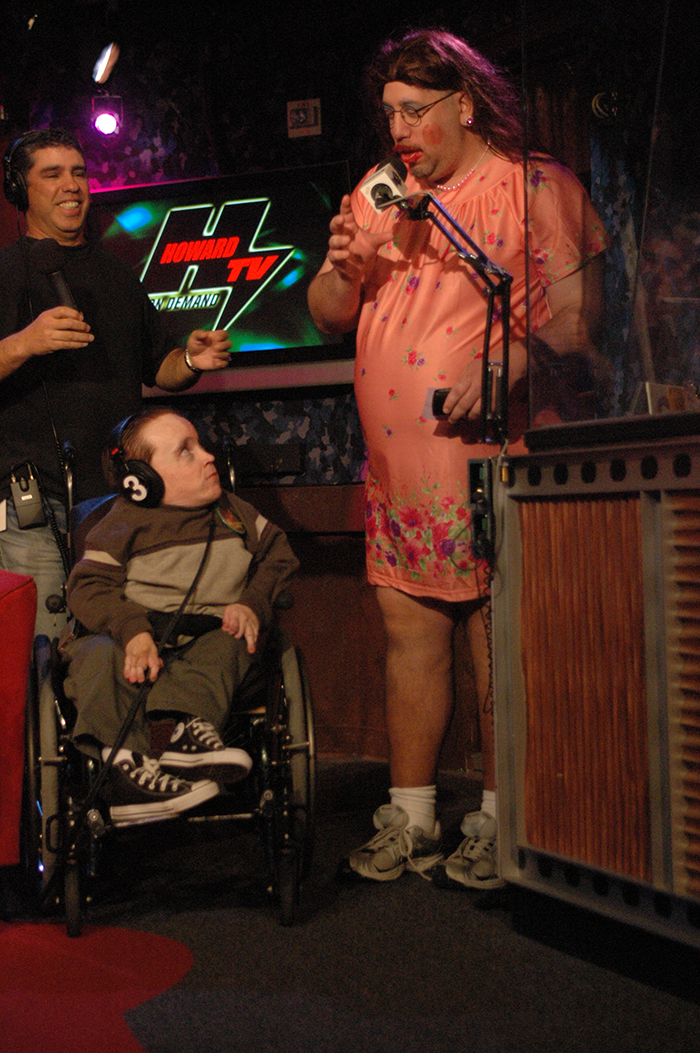 Erik joined Howard and Jimmy Kimmel in the studio to celebrate his accomplishments with a Donnie Wahlberg doll in hand to also honor his celebrity idol.

Jimmy wondered if Erik still harbored feelings for him in addition to Donnie, since the Wack Packer once shared an explicit fantasy about the late-night host, but Erik confessed to not remembering and reaffirmed Wahlberg’s status as his top man.

On a roll, Erik also requested permission to sit in on the news with Jimmy and Robin and, after a trial run, proved to offer some … valuable insight.