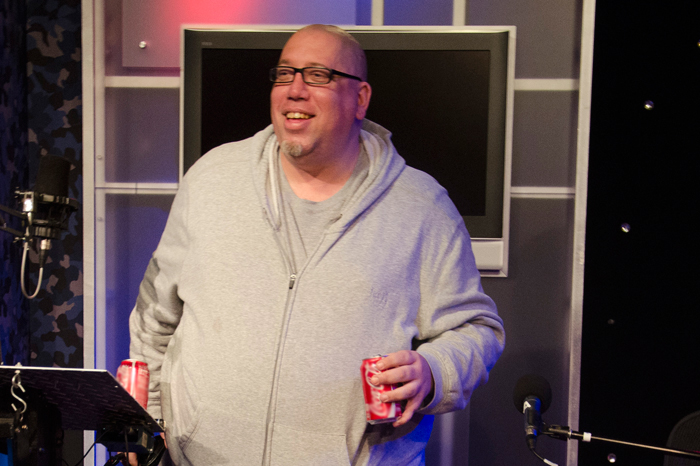 When Howard last heard from High Pitch Erik he was just hours away from having his gastric sleeve surgery. But on Monday morning the Wack Packer was back on the phone to reveal he was once again in the hospital, this time with an apparent appendicitis.

Erik told Howard his doctors discovered his inflamed appendix after ordering CAT scans and X-rays. However, he seemed confused about what exactly his medical condition was.

“It’s not an appendix, it’s an appendicitis,” Erik said of what needed to be operated on. Howard explained the difference to him, assuring him doctors would be removing the problem.

“He has been sticking to this diet plan,” Shuli told Howard. “The day of the surgery, he had already lost close to 20 pounds.”

“That’s why I want to come in so you can see how good I look,” Erik added.

High Pitch may be sticking to his healthy diet, but he announced on Monday he’s done with live streaming on his YouTube channel. His decision to stop is mainly due to disagreements with his lawyer and business partner Vinnie.

“I can’t work with him anymore,” Erik said of Vinnie. He recently unplugged all of the cameras rigged around his apartment recording him 24 hours a day but not before losing his cool and even spitting into the lens of one of them. Erik was also caught on camera taking a hammer to his own computer after getting frustrated by something Vinnie told him to do.

“I’m done with it,” High Pitch proclaimed, though Howard predicted this won’t be the end of Erik’s live stream.

Before hanging up the phone, High Pitch asked one more time to come up to the studio to show off his new slimmed-down body, but Robin explained he has to focus on his health instead of his next visit to the Stern Show.

“Of course we want to see you but you’ve got to get better,” Robin told the Wack Packer.

All of your fans are wishing you a speedy recovery, Erik!