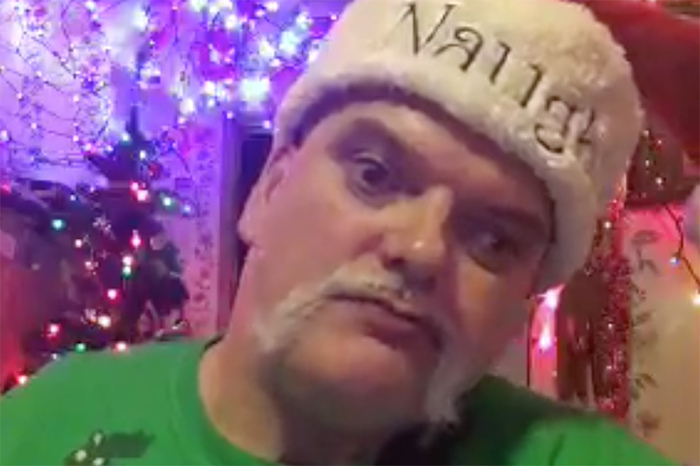 Jeff the Drunk has never been one to shy away from the camera, but his most recent Periscope stunt even had seasoned Wack Pack expert Shuli Egar cringing.

Jeff sent the show footage of himself engaging in cyber-sex with fans of his live streams, but on Tuesday he insisted it was only done in private “scopes” with select female admirers, including an alleged nurse from Chicago and a woman in France. “There’s, like, a handful of women that I do this with on a regular basis,” he explained. “I do this quite often. It might be a surprise, or maybe not.”

Shuli, who was sent the tape by Jeff, told Howard it was “so brutal” to watch. In it, the Wack Packer can be heard breathing heavily, talking dirty, and counting off.

“Each time it ‘comes out,’ he counts it,” Shuli explained.

Robin Quivers prodded Jeff about whether he really believed any woman wanted to watch such a video, leading Shuli to voice his opinion that the viewers might not actually be female.

“I don’t know for sure about this French girl, but I do know that I’ve interviewed people in the past from his stable that he thought for sure were chicks and one guy was using his sister-in-law’s picture as his profile picture,” Shuli revealed.

Jeff was adamant that these viewers, whom he only sees over text, are indeed women. “Shuli don’t know shit!” he fumed.

Mariann from Brooklyn, meanwhile, suggested that her friend Jeff could pursue a career in pornography if he continues down this path.