“We want to be around him and keep an eye on the baby,” he says of the lifestyle changes 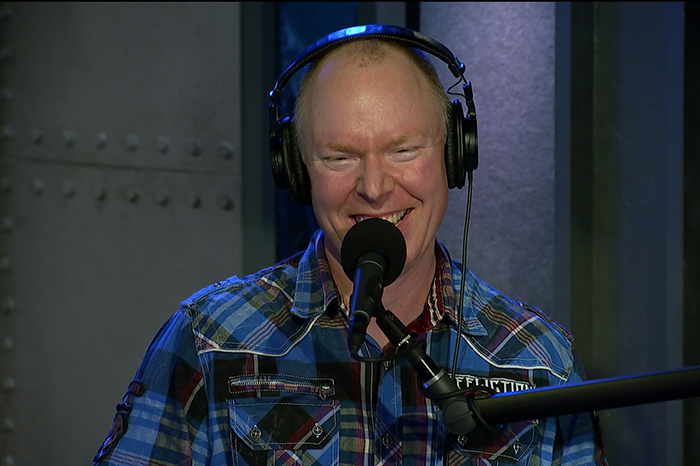 Richard Christy returned to work this week after spending a month bonding with his son, Carson Cain Christy, who was born on Nov. 7.

While the 8-pound, 1-ounce bundle of joy has been a welcome addition to the Christy household, Richard did admit that a few things have changed since the birth.

“We’re literally not even using our bedroom now. We’re living in the living room with the baby,” he told Howard, who was worried about him not having enough space in his new one bedroom apartment. “We want to be around him and keep an eye on the baby,” he said.

Moreover, Richard attested his drinking has “slowed way down” as a result of having a baby. “I don’t want to be buzzed around my son,” he insisted.

That doesn’t preclude Richard from enjoying an evening beer, but he maintained it’s sipped slowly over the course of an hour. Additionally, in honor of St. Nicholas Day, he admitted that he’d be trading some specialty beer to Ronnie Mund in return for a coveted Samichlaus beer.

Really, Richard joked that he’s just waiting for Carson to turn 18, but not because he’s looking to kick him out of the house. Instead, he’s looking forward to taking his son to Germany so they can enjoy some beers together. “Arnold Schwarzenegger took his son to Oktoberfest and we thought that was really cool,” he explained to Howard.

And despite rumors that he left his longtime partner in crime Sal Governale in the dark on updates about the baby, Richard told Howard it simply wasn’t true. No Stern Staffers have seen Carson in person and Richard said they won’t until he gets a little older.

Not even Richard’s parents have met Carson and in fact he has had some trouble getting them photos. With the lack of technology in their household, Richard told Howard he has been forced to send the pictures to a friend in a nearby Kansas town who drives them to Mr. and Mrs. Christy.

Nevertheless, Richard and his wife are enjoying the experience of being new parents. “I love him so much,” Richard gushed of his new son.