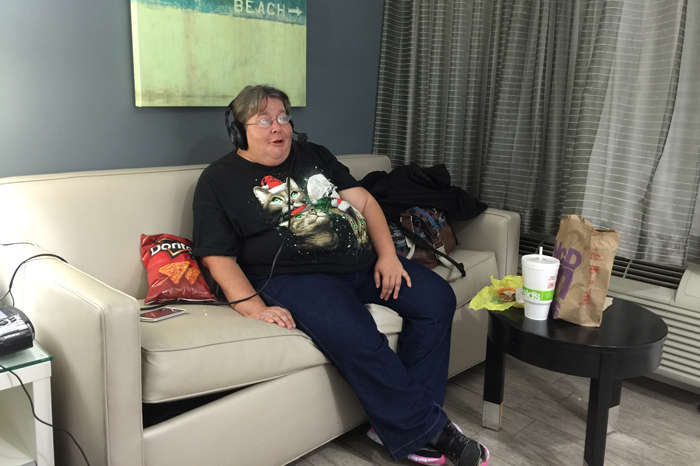 The holiday season is a time for giving and Wendy the Slow Adult is wondering if Howard wouldn’t mind giving just a bit more. The longtime Wack Packer has been calling into the Stern Show saying she needs more money even though she was just gifted $250 at the end of 2017.

“I can’t hardly do anything or get anything done or have any fun,” Wendy explained in a voicemail to Howard. Since a lot of her monetary gift went to paying bills, she claimed she didn’t have nearly enough left over to buy herself something nice.

Wendy has also been hitting up staffer Jason Kaplan, requesting he get her some extra cash. “She has been blowing up my phone,” Jason told Howard. “She texts me constantly.”

And it sounds like if Wendy doesn’t receive anymore money, she might stop calling in to talk to Howard and the crew. “I will just leave and quit the show because you all are sick of me asking for stuff but I haven’t hardly asked you for anything but, whatever,” Wendy said. “I guess I’ll take care of my own stuff. Whatever.”

Of course, Howard stated he didn’t want Wendy to quit the show and instead wished she’d be thankful for the gift she got. After all, not everyone who calls in receives money from him.