“I can’t f-cking breathe,” the unsuspecting employee exclaims in a fit of laughter 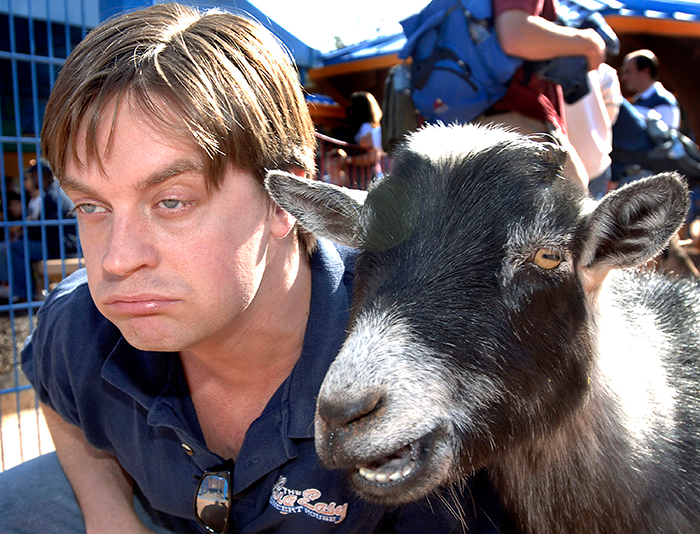 Jim Breuer visited the Stern Show earlier this month and had staff and listeners alike doubled over in laughter with his impressions of Joe Pesci and Jack Nicholson. On Monday, Howard revealed the comedian also recorded a special treat for fans before leaving the studio in the form of a new prank call.

“When I heard it, I was laughing so hard I almost peed in my pants,” the King of All Media said.

Channeling his iconic Goat Boy character made famous on a series of “Saturday Night Live” sketches, Jim called a feed store looking for some chow. “I’m looking for some goat feed. Do you have any?” he asks the store employee.

As the call continues, his signature goat-like outbursts grow in intensity, sending the employee into a fit of laughter and confusion.

“I can’t fucking breathe,” he tells Jim while cracking up.

In 2009, Jim told Howard about the origins of his Goat Boy character. “When I went to ‘SNL,’ I pitched a character where a guy has Tourette’s but it comes out like a goat, and the more he drinks, the more the goat comes out,” he explained. “So the original [“Goat Boy”] sketch was a guy who goes to a party and has a drink and says, ‘So I’m from Long Isla-eheheheheheh!'”

This isn’t the first time Jim has used his character for a prank call, either. Hear him call a religious radio show as Goat Boy (below).