From puddles of errant excrement to repeated hygiene faux pas, here's what has been going on in the office 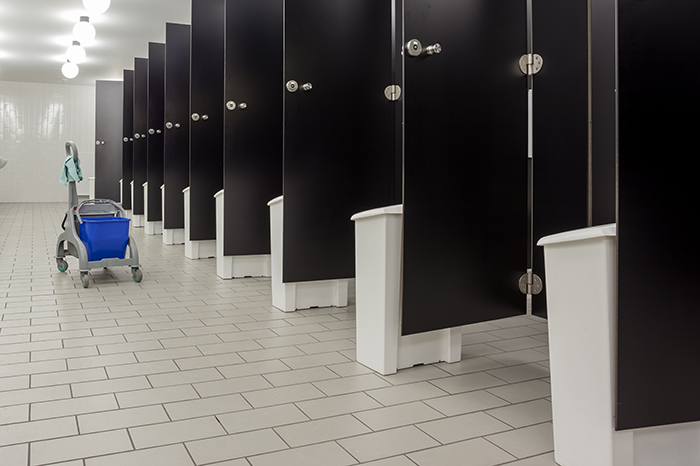 Most men can attest to the nasty conditions which frequently brew inside a public bathroom and based on accounts by the Stern Show staff on Wednesday, the office lavatory is no different.

Due to planned renovations, one bathroom by Howard’s studio is now closed for 16 weeks, leaving approximately 275 men to use just five stalls. That boils down to “one shitter for every 55 men,” as Jason Kaplan calculated. And despite round-the-clock coverage by a courageous janitor, the foul etiquette of certain people has been amplified as a result of the confined pooping habitat.

Before even getting a chance to sit down on one of the five coveted toilets, staffers are frequently forced to wait in line. “You need valet parking in there,” Fred Norris joked.

But the wait is no joking matter, according to Sal Governale. “As you’re waiting on line, you’re getting dizzy from the smell,” he said.

“We work with animals,” Memet Walker agreed. “There are guys in this building who don’t even wipe. … I’ve walked into the toilet and found, like, a turd just sitting in there by itself with no paper or anything. So someone just shat, pulled their pants up, and walked back to their office.”

Sometimes, it’s impossible to even avoid the mess of bodily excrement in the bathroom. Sway Calloway, host of “Sway in the Morning” on SiriusXM, reported that he had worn a pair of brand new Jordan shoes to work one day only to have his laces inadvertently dangle into a puddle of urine on the ground. 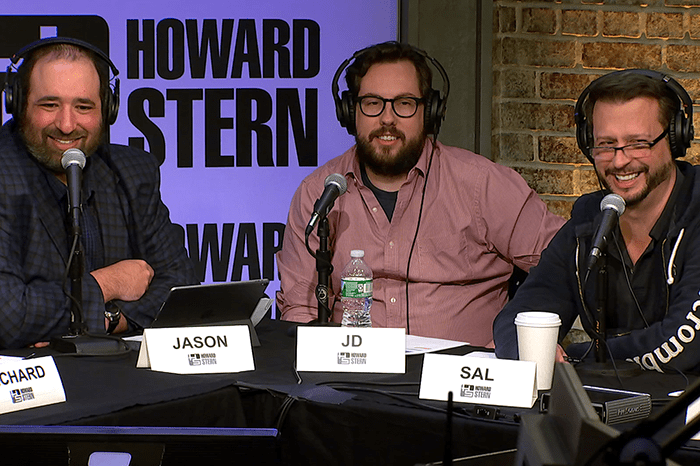 Similarly, Sal recalled his vile experience of picking up a roll of toilet paper and discovering it had already been soiled. “When I stick my fingers in there, there’s a clump of shit in there. In the roll … It made two skidmarks on my fingers,” he recounted in disgust.

The Stern Show staffers themselves are no saints, either.

“Sal has a funny thing he does in the stall, too. He takes his whole pants off,” Richard Christy told Howard.

Sal explained that in order to avoid the puddles of piss and poop, he carefully removes one shoe at a time, taking off his pants and underwear, and replacing his shoes “I hang it on the coat hanger on the door,” he said.

Nowicki, meanwhile, copped to a habit that garnered gasps from the room. Unlike Shuli Egar, who carries a pack of baby wipes with him, Steve said he spits on the toilet paper to wet it. “It’s my spit. It’s convenient,” he tried to rationalize. 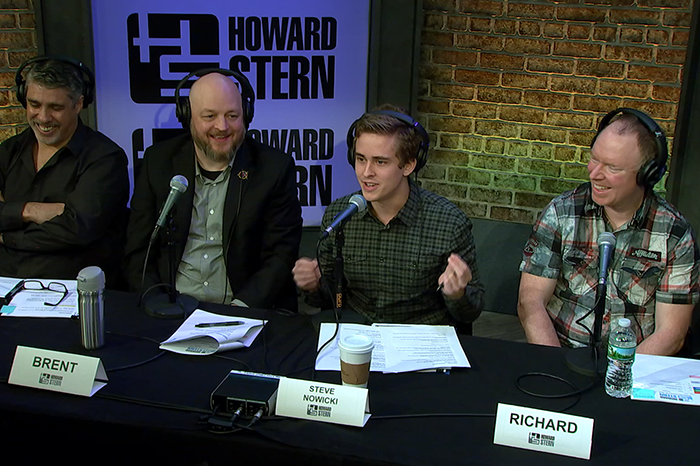 And Richard, of course, admitted in 2017 that he once pooped on his own fingers by accident (before shaking Dr. Drew’s hand on the way out.)

As a result of the repulsive environment, a few staffers, including Gary, have opted to stop shitting at work altogether.

“I just wait until I get home now,” the Stern Show executive producer revealed. “And sometimes it hurts, but I don’t give a shit.”

JD Harmeyer once went so far as to take a cab home in the middle of one work day when a fast food breakfast left him unable to hold in his bowels.

Howard summed the situation up in a few short words: “Guys are disgusting.”