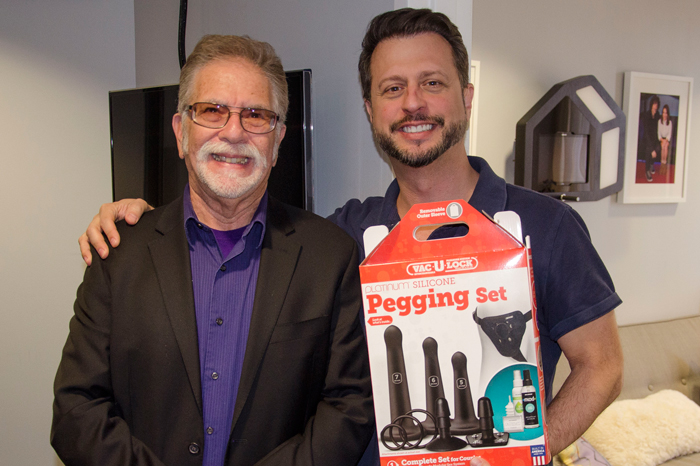 “If it was something she fantasized about … I would do it,” Ronnie admitted live on the air.

“If a girl wants to experiment something … there’s nothing wrong with experimenting,” Ronnie said confidently.

“It’s not a dick, it’s a piece of fucking rubber,” Ronnie added.

“Nah, I don’t think so,” Ronnie said with a laugh.