“It gets bigger as it goes down,” an astonished Ralph Cirella remarks

“It gets bigger as it goes down,” an astonished Ralph remarked when he saw a photo of the toy (above).

Ronnie thought he took about four inches, prompting Gary Dell’Abate to officially measure it and confirm that two notches down measured between four and five inches. 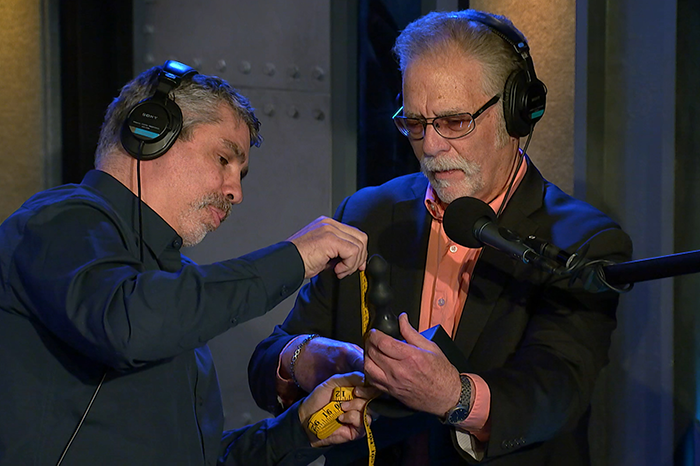 Ronnie said he is not ruling out trying the device again. But would he be able to take in more on the second attempt? “I don’t know,” he admitted.

Either way, any future penetration would have to wait until the weekend as Ronnie has a strict routine for shaving between his cheeks. “Friday is grooming day at the zoo,” he told Howard.