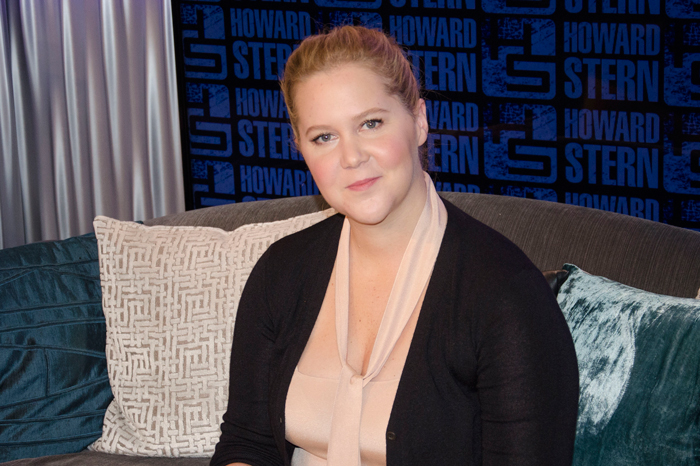 Comedian Amy Schumer has stopped by the Stern Show several times over the years but Tuesday morning’s visit with Howard was her first as a married woman. Amy shared the details of her somewhat spur-of-the-moment wedding ceremony including the toast her friend and recent Stern Show guest Jennifer Lawrence made.

“It was really sweet,” Amy said of Jennifer’s speech, adding that the Oscar winner called her a “matriarch” and spoke of how fiercely Amy loves. “And then she also said, ‘I wish for you patience which you don’t have.’ Like, she kind of also roasted me, but it was really sweet.” 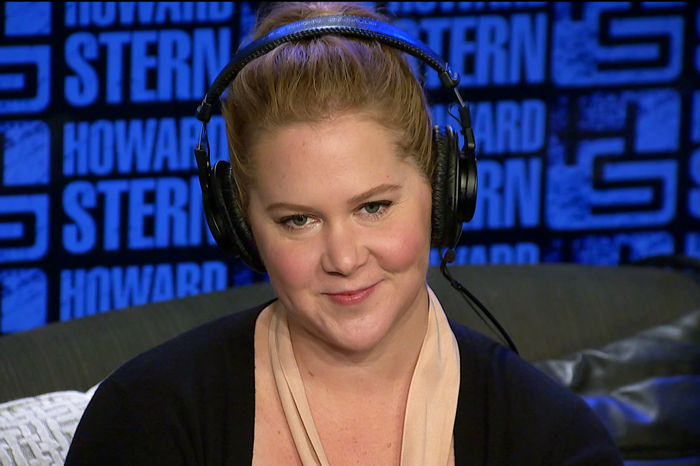 So who is the man Amy now calls her husband? She told Howard his name is Chris Fischer and he’s an award-winning chef who just happens to also be the brother of Amy’s personal assistant Molly. The two met while Amy was filming her new movie “I Feel Pretty” during a trip to Martha’s Vineyard. Molly suggested Chris come over to Amy’s vacation house and cook for her. Although Schumer realized he was handsome immediately, she told Howard it took some time before she felt attracted to Chris.

She explained their first real connection came while they were home alone waiting for Amy’s new dog (whom she named Tatiana Maslany after the “Orphan Black” actress) to be delivered. Things didn’t get truly romantic, however, until she and Chris were planning a birthday party in New York for Amy’s friend and fellow stand-up comedian Rachel Feinstein.

“I got that feeling where all the blood goes to all the places,” Amy told Howard. “It just changed.”

Before taking things any further with Chris, Amy wanted to ask Molly how she felt about the two of them potentially dating. It turns out Chris had already asked his sister the same thing and Molly gave both of them her blessing. “I’m sure she just didn’t want to get fired,” Amy joked.

Howard asked when Amy and Chris officially became an item and she revealed he made his first move while she was bending over either picking up her dog’s droppings or retrieving one of its bones. “He came up behind me and he put his arms around me and he kissed my neck,” Amy said. “And it was on and then we were just so open with each other.”

“There was no nonsense,” Amy continued, telling Howard she and Chris had sex that same night. Even though Amy has a track record of not wanting guys to sleep in the bed with her, she said it was different with Chris. She not only wanted him by her side that night, she told Howard she didn’t want him to leave in the morning — as good a sign as any that this was something special.

A few months later, Amy was in bed sleeping, wearing ear plugs and a night mask, when Chris came in the room and woke her up. He held out a wedding ring and told her, “I got you this.” He asked if she wanted him to get down on a knee. She said no, but she did say she’d marry him.

Planning the wedding took Amy around three to four days — she picked out a white dress and decided to walk down the aisle to the song “Rainbow Connection.” Amy then sent out a text to family and friends that simply stated, “I’m getting married on Tuesday. I hope you can come.”

As for her vows to Chris, Amy told Howard she didn’t hold back on what she pledged to do as his wife. “I said, ‘I promise to do my best to continue to go down on you even though everyone says I won’t’,” Amy revealed. “I just thought let’s really vow what’s at stake here.”

She won’t be taking Chris’s last name, since that would make her Amy Fischer, a name that’s very much taken already. But she told Howard she’s happy to be a married woman now. 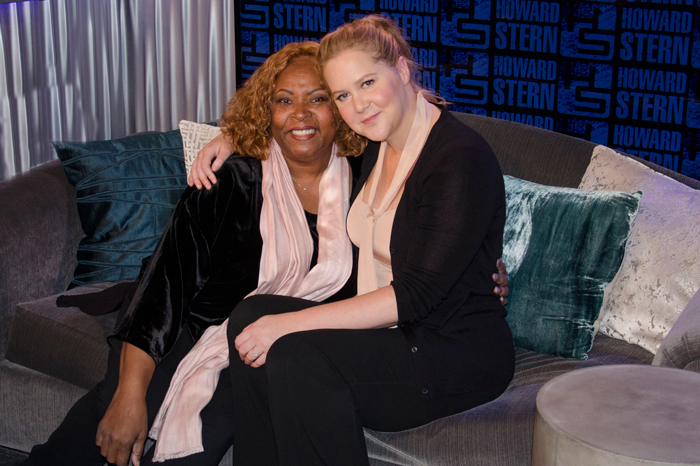 “You’re in, you’re done. He’s mine, I’m his. We’ve partnered up. We’ve committed to be partners for life and we meant it,” she stated.

Aside from her recent nuptials, Amy has also celebrated a few career milestones since her last Stern Show appearance, including her Broadway debut in Steve Martin’s play “Meteor Shower.” Steve unfortunately couldn’t make it to Amy’s wedding but she told Howard the comedy icon continues to be someone she’s very close to.

“He’s family now,” Amy said of Steve, whom she’s been a fan of for nearly her entire life. When Martin sent her the script for “Meteor Shower” Amy told Howard it was a no-brainer for her whether or not she wanted to be in the play.

“I didn’t even read it before I said yes,” she admitted.

One performance of the play proved somewhat challenging for Amy, though, when a man sitting in the front row decided Amy’s monologue was a good time to noisily open a bag of Peanut M&M’s. The distraction took her out of the scene and Amy told Howard she broke character to address the audience member directly from the stage.

“I look at him, in the middle of the monologue, and I go, ‘Peanut M&M’s?’” Amy said. She said the theatergoer was actually very sweet and immediately put his snack away.

With her stage production finished, Amy is now returning to the silver screen with her new flick “I Feel Pretty.” Schumer plays an otherwise insecure woman whose whole world changes after a head injury makes her believe she’s magically transformed into a stunning beauty when in reality her looks haven’t changed at all.

“Everybody has trouble with self-esteem,” Amy said, explaining the movie’s message is about realizing good looks only run skin deep and that confidence in one’s self is what really matters. “It’s all about how you carry yourself and how you feel.”

See Amy Schumer in “I Feel Pretty” in theaters April 20. Click here to watch the trailer.