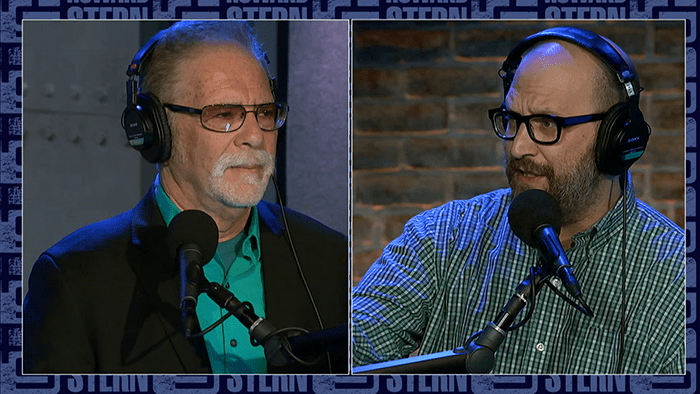 Ronnie Mund’s fiancée may have been in the hot seat during Tuesday’s Stern Show, but it was Shuli Egar who created fireworks with Howard’s limo driver in the end.

The tensions began when Ronnie insinuated he had damaging information about Shuli but held back from revealing what exactly he knew. Shuli countered angrily that this was a dirty tactic frequently utilized by his co-worker.

Considering the argument sent Ronnie storming out of the studio, Howard wondered where the two staffers stood come Wednesday morning. And if the back office chatter was any indication, things were not going too well. In fact, Gary Dell’Abate heard “yesterday was a turning point and they are no longer friends.”

“Oh, ok. I didn’t know that,” Ronnie shot back tersely, noting he thought they had made up after the show.

Shuli confirmed things were cordial between them in the hallway, but admitted he reconsidered the friendship after speaking with a couple of other co-workers and reading quite a few comments from fans on social media. “I felt like you zeroed in on me and you took out all your fucking anger on me. I busted your balls just the same as Sal did. No different,” he argued.

With neither side bowing to the other, tensions once again escalated. Despite their long history of traveling together to entertain fans of the show, both agreed those days were over. “Stay off my segments,” Ronnie told Shuli. “Sorry you’re jealous of my life, pal!”

Before writing off his co-worker for good, though, Ronnie did clear one thing up. “No, I have nothing on Shuli,” he revealed. “It’s a statement I made to make him angry like he made me angry yesterday.”

Even with the hostility, Howard had a positive outlook for the future. “I believe, if I may say to my audience, that these two eventually — I don’t know how long it will take — will be friends again,” he predicted.