All Tom Arnold wants is the truth. And with his upcoming series on Viceland, he’ll be searching for just that as he tries to track down several allegedly controversial video tapes of Donald Trump which he says he’s certain exist. During his interview on Wednesday’s Stern Show, Tom told Howard he’s seen one such video of Trump using racial slurs on the set of “The Apprentice” and is now determined to find it again.

Howard wondered if Tom has any fear in going up against the President of the United States, especially in today’s current political climate. Tom’s answer: “Zero.”

“Everybody around him is D-list including me,” Tom joked of the president.

This isn’t the first time Tom has come out against Trump, either. He told Howard he warned his good friend and “True Lies” co-star Arnold Schwarzenegger not to star on “The New Celebrity Apprentice” unless he wanted Trump, an executive producer on the series, to “fuck him over.”

“We had a big blowout,” Tom said of Schwarzenegger. The former California governor ended up taking the TV gig and the show was ultimately axed by NBC. Trump was publicly critical of Schwarzenegger’s ratings, including while attending the National Prayer Breakfast in Washington along with “Apprentice” producer Mark Burnett. Trump’s comments from the event got back to Schwarzenegger who called up Tom and conceded he should have listened to him in the first place.

“Arnold calls up, ‘You’re right, he fucked me over,’” Tom said in his signature Schwarzenegger voice. 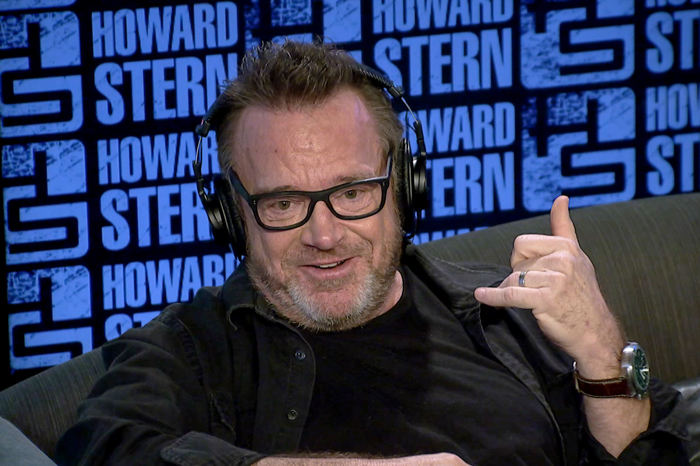 But while one of Tom’s former co-stars has been opposed to Trump’s presidency, another has embraced it from the very beginning: recent Stern Show guest Roseanne. Tom talked about working with Roseanne on the original run of her ABC sitcom as a warm-up comic, a writer, and eventually in front of the camera, playing the part of Arnie Thomas. Arnold also ended up marrying Roseanne in 1990 but the two divorced four years later. When Tom heard “Roseanne” was being rebooted this year, though, he wanted to make it known he’d be willing to be a part of the new season.

“If they need me, I’ll do something in the reboot,” Tom recalled telling his rep. He put in a call to agent John Burnham, who at one time represented both Roseanne and Tom but famously stayed with Tom after the couple split. But when Tom’s manager contacted Burnham’s office, he was informed Burnham was once again Roseanne’s agent.

“I haven’t busted him on it yet,” Tom told Howard. “I will just walk into his office one day and be funny about it … because I think it’s hilarious.”

While Tom presently doesn’t like his chances of doing a cameo Roseanne’s show, whose ratings recently made it the No. 1 show in America, he did tell Howard he wishes everyone on the sitcom the best of luck and continued success.

Tom is returning to TV himself in a new stand-up special titled “Tom Arnold: Past & Present Imperfectly” available on demand June 5. Tom told Howard his favorite material from his new act has to do with being a father and the relationship he has with his two kids.

“They fucking unconditionally love me,” Tom said of his five-year-old and two-year-old children. “My mistake, for all these years, was trying to get a woman … to love me.”

Tom’s own father recently passed away but before he did, he and Tom shared a touching albeit comical moment with one another. While visiting him in the hospital, Tom’s father needed to use the bathroom. Being the good son that he is, Tom lifted him onto the toilet and even wiped him afterwards. It might sound like an undesirable task, but Tom told Howard he and his dad locked eyes during it and shared a special moment with one another. 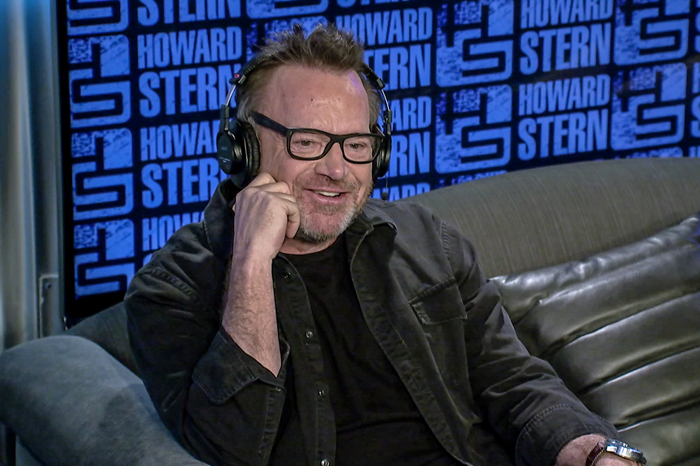 Later, when Tom’s stepmother arrived, his dad had to use the bathroom again, so Tom took him back to the toilet, let him relieve himself, and then cleaned him once again. His stepmom asked what Tom was doing and he told her he was wiping his dad.

“She’s like, ‘Why? He wipes his own butt.’ I’m like, ‘Really? Does he?’” Tom remembered with a laugh. He supposed his father was just sparing him the embarrassment of having to be told he didn’t really need to be so hands on with him.

Tom also opened up to Howard about living with addiction, including how he relapsed while taking the prescription medication benzodiazepine (a.k.a. “benzos”). He admitted to Howard it only took him two days to quit other drugs like opiates and cocaine. “But these benzos, man. Couldn’t shake it,” Tom said.

Some of Tom’s friends, including actor Dax Shepard, convinced him to seek help, which he did at Eric Clapton’s Crossroads Centre, a 12-step treatment facility located on the Caribbean island of Antigua.

Tom laughed while talking about how he initially sought advice for his substance abuse from Dr. Drew Pinsky. However, Tom didn’t want to tell Pinsky it was actually him who had the problem.

“I actually had Dr. Drew on my podcast. I go, ‘Hey, I’ve got a friend who can’t get off of Benzos,’” Tom told Howard with a laugh.